CONFLICTING PROPAGANDA: WaPo has me confused. All of these were on the front of their website a few minutes ago:

Channel-Surfing Carnage of War, Saudis’ Anger At U.S. Grows, and

Which I find to be in strange juxtaposition with photos like this, also on the same front page: 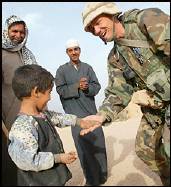