Congressman Apologizes For Confrontation With Filmmaker

A North Carolina television station is reporting that Congressman Bob Etheridge has issued an apology for his on-camera run in with a college filmmaker:

“I have seen the video posted on several blogs. I deeply and profoundly regret my reaction and I apologize to all involved. Throughout my many years of service to the people of North Carolina, I have always tried to treat people from all viewpoints with respect. No matter how intrusive and partisan our politics can become, this does not justify a poor response. I have and I will always work to promote a civil public discourse.”

The rest of the story is that Etheridge represents a marginally Republican district, so it will be interesting to see if this has any impact by the time November rolls around. 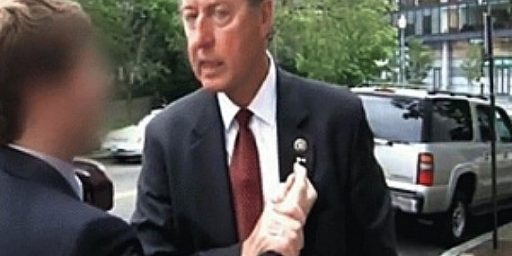