Convenant Marriage Movement at a Standstill

In front of more than 5,000 cheering constituents in a North Little Rock sports arena, Gov. Mike Huckabee took the former Janet McCain to be his lawfully wedded wife Monday night, just as he did nearly 31 years ago, for better or for worse, in sickness and in health, until death do them part. This time, although the actual vows were not repeated, the emphasis was clearly on the “until death” pledge. Upgrading their vows to that of a covenant marriage, a legally binding contract available only in Arkansas, Arizona and Louisiana, the Huckabees hope to jump-start a conservative movement that has shown little sign of moving in recent years. A covenant marriage commits a couple to counseling before any separation and limits divorce to a handful of grounds, like adultery or abuse. “I know that some people have thought this whole thing is cynical, that it’s some sort of marriage-plus or high-octane marriage,” Mr. Huckabee, a Republican and a former Baptist minister, said in an interview before the ceremony. “I think people enter into covenant marriage not because they want a super marriage, but because they understand that marriage is fragile.”

The Huckabees’ ceremony was only the most prominent of a series of events organized over the Valentine’s Day weekend by covenant marriage supporters who say they sense that the time is right to reinvigorate their stalled movement. No state has adopted a covenant marriage law since Arkansas in 2001, while two dozen have considered the idea and declined to embrace it. Even in the three states where it is legal, it is not mandatory and only small numbers of couples have opted for it, somewhere from 1 percent to 2 percent, according to studies. “Truth is, it’s not been much of a movement,” said Steven Mintz, co-chairman of the Council on Contemporary Families, a nonprofit organization of academics and clinicians who study family issues.

But now, after President Bush won a victory that many attribute, in part, to his championing of traditional family values, proponents of covenant marriage sense an opportunity and say they can bring to the movement the same energy that opponents of same-sex-marriage brought to outlaw it in 11 states last year.
[…]
Covenant marriage was born out of growing concern about the rise of single-parent families, especially among the poor, and unease among conservatives about no-fault divorce laws, which they say make it too easy to end a marriage. There is also some embarrassment among religious and political leaders in the Bible Belt that many of its states, including Arkansas, have some of the nation’s highest divorce rates. “We really feel the no-fault culture has been destructive,” said Dennis Rainey, president of Family Life, a Christian group based in Little Rock. “There’s something wrong when it’s easier to get out of a marriage than it is to get out of a contract to buy a used car.”

While the covenant marriage idea strikes me as interesting, it takes an odd approach. Presumably, almost everyone who decides to get married really, really wants it to work out. They love each other and honestly expect to grow old together. That evaporates when life intrudes and they realize that both can’t live exactly as if they were still single, except that they’ve got a roomie. So, simply committing to an extra special marriage up front isn’t going to solve the problem.

To the extent that confering legitimacy on a couple’s relationship is the proper role of the state, it makes sense to increase the barriers of entry and, especially if there are children involved, those of exit. I’m not sure that requiring counseling is particularly helpful, given the vastly different training that clergy and other counselors get (many denominations require graduate degrees; others merely the proclaiming of a calling). Certainly, though, a cooling off period of at least a month seems in order. Also, if precluding serial marriages of the JoLo variety is desired, something along the lines of matrimonial bankrupcy could be imposed, taking away one’s right to remarry for, say, three years after a divorce.

Still, I’m not persuaded that any real solution exists to the divorce problem. A society that where both partners pursue a full-time career is going to have a difficult time maintaining the institution of marriage as a permanent arrangement. Sustaining a marriage was always difficult and many “survived” in the past only because divorce was socially stigmatized and economically devastating. Add to that, though, the increased energy the second partner (almost always, the wife) puts into a career–and thus necessarily not into supervising the household, tending to the children, aiding the other’s career goals, and so forth–and have serious strain. And that’s not even accounting for the additional pressures of both partners now being subject to the need to move, facing layoffs, hidden competition between partners for career success, and myriad other factors. This has also coincided with the decline in the nuclear family, so that fewer of us live near the grandparents, eliminating a previous resource.

Will Baude is “uneasy” about the covenant concept which violates his libertarian sensibilities.

Jesse Taylor argues, “[I]f we’re going to save marriage, we’ve got to start discouraging it. Too many people get married that shouldn’t. It’s not a good idea, it won’t work, and it’s obvious from the beginning with marginal digging into their personalities.”

Jacob Sullum contends, “Although most people who support covenant marriage presumably oppose same-sex marriage, the policy they advocate points the way toward a separation of marriage and state that would allow people to enter into any mutually agreeable arrangement.” 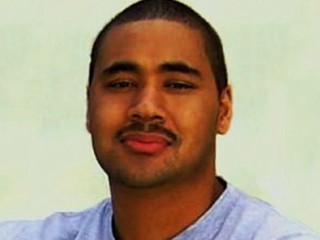