Sometimes the most sensible result can be the hardest to reach. This isn't one of those times. 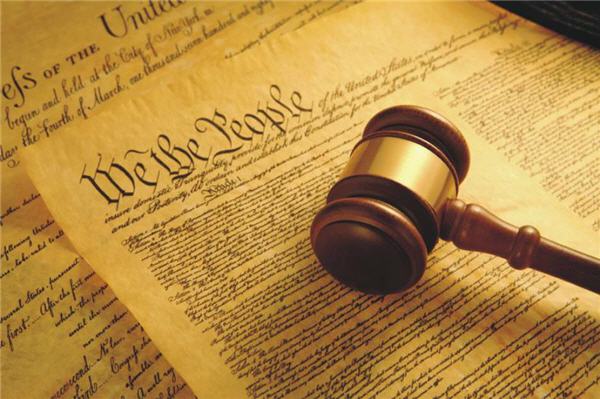 The Supreme Court ruled 8-0 today that corporations have no right of personal privacy. On the face of it, this looks like an easy decision. The purpose of corporate personhood is to promote the interests of actual people. As stand-ins for real humans, corporations provide protection from personal liability, promoting entrepreneurship. So we invest corporations with those rights that are useful and necessary to further that purpose.

This decision seems perfectly in accord with that goal. Since it leaves legal protections for trade secrets and natural persons’ private data in place, there’s not much to disagree with. Those are the kinds of things the real people for whose benefit a corporation exists actually need. A generalized “right to privacy” simply doesn’t fit.

Chief Justice Roberts overturned the Third Circuit based on what appears to be an erroneous interpretation of Congress’ choice of language:

The Bureau concluded that some of the information AT&T had provided (including cost and pricing data, billing-related information, and identifying information about staff, contractors, and customer representatives) should be protected from disclosure under FOIA Exemption 4, which relates to “trade secrets and commercial or financial information.” The Bureau also decided to withhold other information under FOIA Exemption 7(C). Exemption 7(C) exempts “records or information compiled for law enforcement purposes” that “could reasonably be expected to constitute an unwarranted invasion of personal privacy.” The Bureau concluded that “individuals identified in [AT&T’s] submissions” have “privacy rights” that warrant protection under Exemption 7(C). The Bureau did not, however, apply that exemption to the corporation itself, reasoning that “businesses do not possess ‘personal privacy’ interests as required” by the exemption. On review the FCC agreed with the Bureau. …

[T]he Third Circuit… rejected the FCC’s reasoning. Noting that Congress had defined the word “person” to include corporations as well as individuals, the court held that Exemption 7(C) extends to the “personal privacy” of corporations, since “the root from which the statutory word [personal] … is derived” is the defined term “person.” As the court explained, “[i]t would be very odd indeed for an adjectival form of a defined term not to refer back to that defined term.” Ibid. The court accordingly ruled “that FOIA’s text unambiguously indicates that a corporation may have a ‘personal privacy’ interest within the meaning of Exemption 7(C).” …

We disagree. Adjectives typically reflect the meaning of corresponding nouns, but not always. Sometimes they acquire distinct meanings of their own…. “Person” is a defined term in the statute; “personal” is not. When a statute does not define a term, we typically “give the phrase its ordinary meaning.” “Personal” ordinarily refers to individuals. We do not usually speak of personal characteristics, personal effects, personal correspondence, personal influence, or personal tragedy as referring to corporations or other artificial entities. This is not to say that corporations do not have correspondence, influence, or tragedies of their own, only that we do not use the word “personal” to describe them. …

The construction of statutory language often turns on context, which certainly may include the definitions of related words. But here the context to which AT&T points does not dissuade us from the ordinary meaning of “personal.” We have no doubt that “person,” in a legal setting, often refers to artificial entities. The Dictionary Act makes that clear. 1 U. S. C. §1 (defining “person” to include “corporations, companies, associations, firms, partnerships, societies, and joint stock companies, as well as individuals”). But AT&T’s effort to ascribe a corresponding legal meaning to “personal” again elides the difference between “person” and “personal.” When it comes to the word “personal,” there is little support for the notion that it denotes corporations, even in the legal context. [Internal citations omitted.]

Reasonable people can disagree on such things, I suppose. But the essential passage of the statute reads “personal privacy.” Roberts has convincingly, and pretty straightforwardly, explicated the distinction between simply treating two words as the sum of their parts and what the ordinary meaning of the juxtaposition would be. Here, from the common law onward, the scope of the rights individual natural persons as opposed to non-natural ones is in accord with Roberts. And entirely in keeping with the personal utility of the corporate form.

Doubtless some will find an inconsistency here with Citizens United. That’s outside the scope of this post, though I may revisit that topic once I’ve had time to consider the two side by side.

FILED UNDER: Law and the Courts, Citizens United, privacy