WaPo’s Richard Cohen says that the glee over Jon Stewart’s embarrassing of Jim Cramer is misplaced. While it’s true that Cramer was spectacularly wrong on just about everything, so were the people with inside information:

Let’s start with Maurice “Hank” Greenberg, who was instrumental in building what is now probably the world’s most reviled corporation, AIG. He resigned as chairman and CEO in 2005, but still it is logical to assume that few people knew more about the company than Greenberg. He kept much of his net worth in AIG stock. He’s now lost much of that worth.

Or take Richard Fuld. He is the former chairman of Lehman Brothers, which, as we all know, is no more. He lost about $1 billion.

Or take all the good people at Bear Stearns, the company Cramer adored almost to the bitter end. They went down with their stock.

If these people kept their money in these companies — financial and insurance giants they had built and knew from the inside — how was even Jim Cramer to know these firms were essentially hollow?

That’s fair enough. But here’s the problem: Cramer and company didn’t portray themselves as “entertainers” who were just giving us their best guess.  Nor did they admit that the “experts” they invited on were actually shills who had a personal stake in the stocks they were touting.

So, no, it’s not fair to hammer Cramer for not knowing what he could not reasonably have been expected to know.  It is, however, quite reasonable to go after him for pretending that he knew things he knew he didn’t know and then shouting advice from the rooftops. 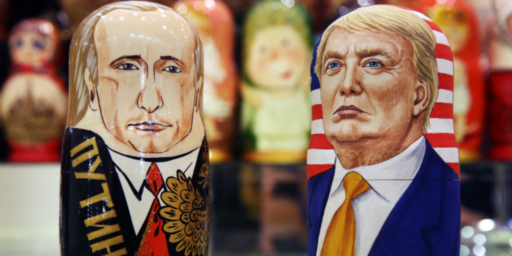