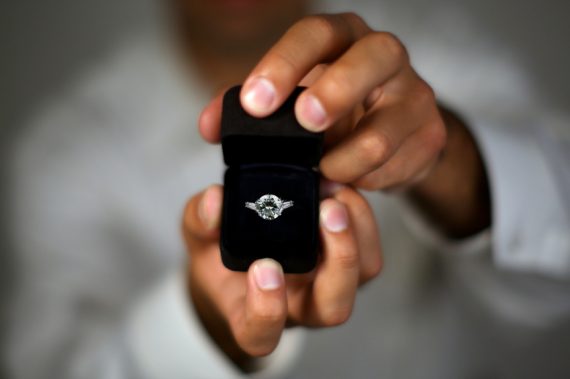 Conor Friedersdorf seems to be engaging in a quixotic campaign against the Engagement Ring:

They’re sparkly, sure, but so is cubic zirconium at a fraction of the price. Tradition? Don’t kid yourself: that’s just a myth propagated by De Beers. And besides, no one is asking you to give up engagement or wedding rings, just a stone that is too often mined by impoverished Africans under armed guard or worse.

(…)
Why should women want to end diamond engagement rings? Well first of all, it’s your money too, presuming the wedding eventually occurs, and more than that, you’re the ones who are silently judged by status conscious people every time they look at the size of your rock — in other words, either you’ve got reason to feel bad about what other people think of you, or else you’re complicit in a system that makes people with less wealthy fiances feel bad about themselves.

Yea, good luck with this one Conor. You do know the old saying, right ?