Repeating results that we’ve seen before, D.C. drivers have once again been judged the worst in the country:

A report out Tuesday from Allstate Insurance Company named D.C. the least safe driving city in the entire country. The report, based on claims data from Allstate, ranked the top 200 largest cities in the country in terms of how frequently drivers get into accidents.

According to Allstate, the average D.C. driver has an accident every 4.8 years. For context, the national average is 10 years between accidents. Our neighbors to the north, Baltimore, came in second-to-last place, with those drivers getting in accidents once every 5.4 years on average.

Happily, I am above average as far as D.C. drivers go. The rest of you, though, are another story. 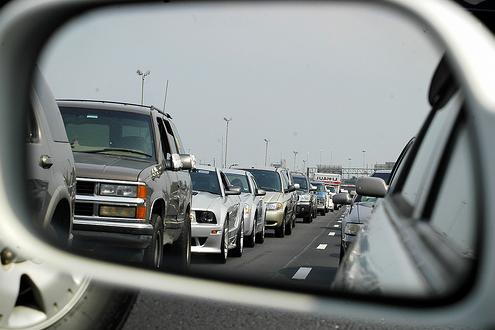