One of the strongest climate regulations in the country is almost certainly unconstitutional. 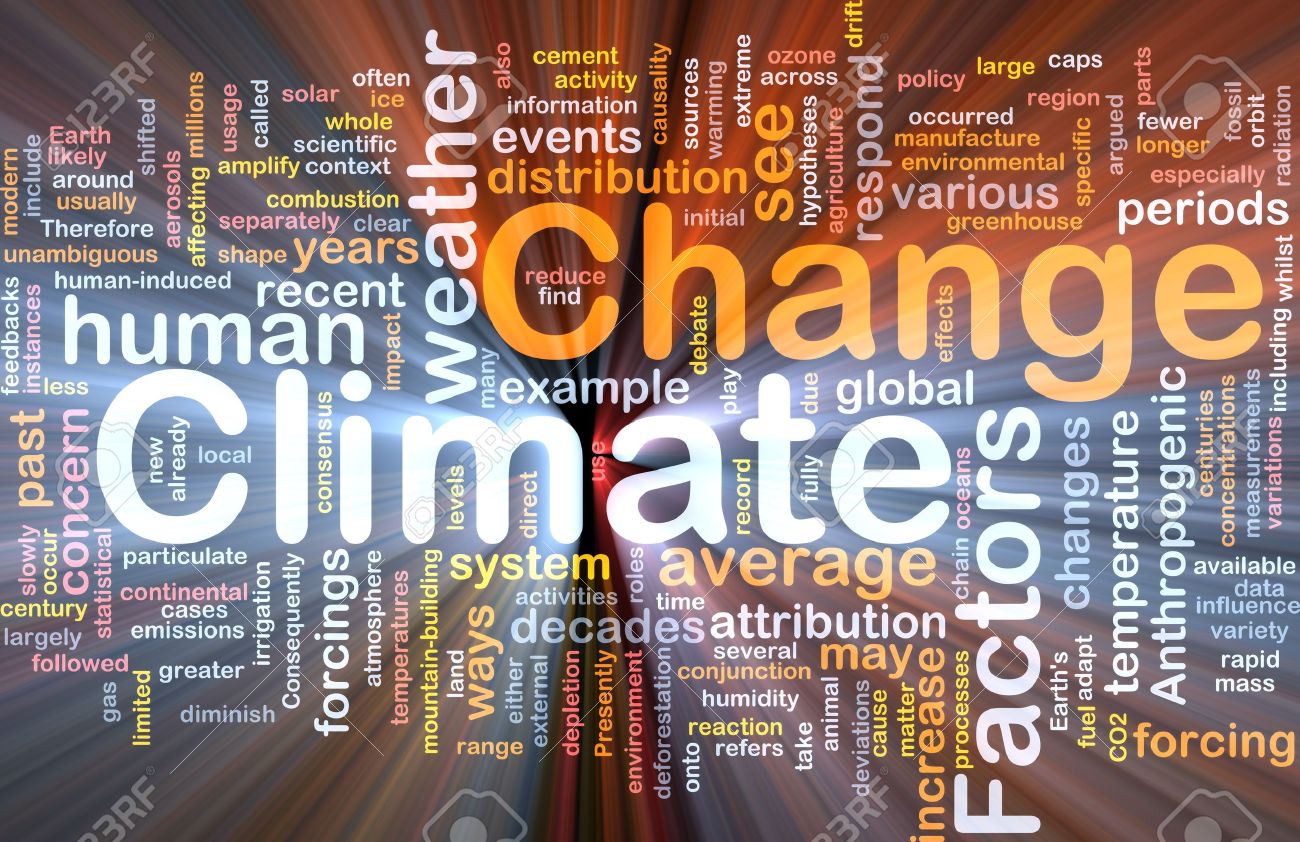 City lawmakers in the District of Columbia voted unanimously Tuesday to pass legislation mandating 100 percent renewable electricity in the capital by 2032.

The Clean Energy D.C. Omnibus Act of 2018 doubles Washington’s current policy, which says that by 14 years from now, the nation’s capital must be getting half its electricity from zero-emissions sources like solar and wind.

The legislation, which is expected to become law, increases fees on electricity from coal and gas and establishes a task force to set some of the nation’s most aggressive energy-efficiency standards for existing buildings.

It also goes beyond the utility sector, requiring that all public transportation and privately owned fleet vehicles emit zero carbon dioxide by 2045, putting it in line with California’s newly adopted auto emissions target. The provision applies to fleets with more than 50 passengers, according to Utility Dive, meaning the ride-hailing services Uber and Lyft are included.

“This bill should be a boost to advocates nationwide,” Camila Thorndike, D.C. campaign director for the Chesapeake Climate Action Network Action Fund, said in a statement. “Finally some good news out of Washington. We did it.”

The legislation, which would apply to federal government buildings including the White House, comes as the Trump administration is bolstering the oil and gas industries and rolling back nearly every major policy aimed at reducing emissions.

“Even though by ourselves we are a small jurisdiction, we can serve and have served as a model for other jurisdictions,” Mary Cheh, the Democratic councilwoman who authored the original bill, said in a statement. “More importantly, we are in a loose association with other local and state jurisdictions so that even though the federal government is in default of international climate accords, we will meet them.”

The degree to which these standards are achievable or meaningful in addressing climate change is well outside my expertise. As a symbolic gesture, though, this seems reasonable. As legislation, however, it is almost certainly unconstitutional.

The thing that first caught my attention was “would apply to federal government buildings including the White House.” Clearly, that’s outside the jurisdiction of the District. Article 1, Section 8, Clause 17 of the Constitution specifies Congress’ exclusive authority “To exercise exclusive Legislation in all Cases whatsoever, over such District (not exceeding ten Miles square) as may, by Cession of Particular States, and the Acceptance of Congress, become the Seat of the Government of the United States, and to exercise like Authority over all Places purchased by the Consent of the Legislature of the State in which the Same shall be, for the Erection of Forts, Magazines, Arsenals, dock-Yards, and other needful Buildings.”

James Madison explained the rationale for this in Federalist 43:

The indispensable necessity of complete authority at the seat of government, carries its own evidence with it. It is a power exercised by every legislature of the Union, I might say of the world, by virtue of its general supremacy. Without it, not only the public authority might be insulted and its proceedings interrupted with impunity; but a dependence of the members of the general government on the State comprehending the seat of the government, for protection in the exercise of their duty, might bring on the national councils an imputation of awe or influence, equally dishonorable to the government and dissatisfactory to the other members of the Confederacy. This consideration has the more weight, as the gradual accumulation of public improvements at the stationary residence of the government would be both too great a public pledge to be left in the hands of a single State, and would create so many obstacles to a removal of the government, as still further to abridge its necessary independence. The extent of this federal district is sufficiently circumscribed to satisfy every jealousy of an opposite nature. And as it is to be appropriated to this use with the consent of the State ceding it; as the State will no doubt provide in the compact for the rights and the consent of the citizens inhabiting it; as the inhabitants will find sufficient inducements of interest to become willing parties to the cession; as they will have had their voice in the election of the government which is to exercise authority over them; as a municipal legislature for local purposes, derived from their own suffrages, will of course be allowed them; and as the authority of the legislature of the State, and of the inhabitants of the ceded part of it, to concur in the cession, will be derived from the whole people of the State in their adoption of the Constitution, every imaginable objection seems to be obviated. The necessity of a like authority over forts, magazines, etc. , established by the general government, is not less evident. The public money expended on such places, and the public property deposited in them, requires that they should be exempt from the authority of the particular State. Nor would it be proper for the places on which the security of the entire Union may depend, to be in any degree dependent on a particular member of it. All objections and scruples are here also obviated, by requiring the concurrence of the States concerned, in every such establishment.

The notion that the DC government, which only gained limited authority to make laws for its permanent residents, has any authority to regulate emissions from Federal buildings, much less the office and residence of the President of the United States, is laughable.

A more debatable proposition is the extent to which any municipality has the power to regulate emissions. As a practical matter, for example, the notion that a company like Uber or Lyft would have to ensure that every privately-owned vehicle in its fleet complies with the regulatory whims of every single county, parish, city, and township in the country seems absurd. Effectively, the most restrictive jurisdiction in any broad vicinity would have the ability to regulate the entire region.

Further, it occurred to me, it’s unusual for the Federal government to take ownership of an issue, as it has with environmental regulation, and allow states and localities to also promulgate conflicting regulations. But, of course, California famously has its own environmental protection standards and has long regulated, for example, gas mileage of vehicles sold in that state. It turns out, California was given a special exception when the Clean Air Act was passed.

But when the Clean Air Act was passed, California was already developing innovative laws and standards to address its unique air pollution problems. So Congress carved out an exemption. As long as California’s standards protect public health and welfare at least as strictly as federal law, and are necessary “to meet compelling and extraordinary conditions,” the law requires the EPA to grant California a waiver so it can continue to apply its own regulations. California has received numerous waivers as it has worked to reduce vehicle emissions by enacting ever more stringent standards since the 1960s.

Other states can’t set their own standards, but they can opt to follow California’s motor vehicle emission regulations. Currently, 12 states and the District of Columbia have adopted California’s standards.

The linked article explains why the carveout was made for California in detail; in a nutshell, it was not only a leading-edge regulator but it was recognized that its topography and massive population necessitated aggressive action on the pollution front.  Additionally, there has been a succession of waivers granted over the years to allow California to pass more stringent rules than the EPA’s on various issues. Not shockingly, the Trump administration has been trying to roll back some of those exceptions, arguing that California has gone too far. California and several other states are fighting this in court.

Additionally, while the Clean Air Act required states to formulate, subject to approval by the Administrator of the Environmental Protection Agency (EPA), an implementation plan, § 7416 specifically provides for retention of state authority and the Supreme Court ruled in Union Elec. Co. v. EPA (1976) that it “does not preclude a State from submitting a plan more stringent than federal law demands, but such requirement demands only that the proposed plan meet the minimum requirements of § 110(a)(2), and provides no basis for the Administrator ever to reject a state implementation plan on the ground that it is economically or technologically infeasible.” It’s not clear to me whether Congress has subsequently amended the Act or otherwise through legislation changed the circumstances but many states clearly continue to regulate emissions over and above what the Federal government requires.

The related issue, whether municipalities have the ability to issue their own regulations, seems to fall within the authority of the several states rather than the Federal government. Mike Ewall, Founder & Director of the Energy Justice Network has an interesting 2011 essay on that issue, noting that most states do not permit its subordinate jurisdictions to supplement state limits and argues that this be changed on the ground that “it’s easiest for people power to overcome corporate power at the local level, the strongest policies of various sorts are often passed in smaller levels of government, sometimes percolating up to influence larger level policy as momentum builds.”

DC is, in many instances, treated as a state rather than a municipality in these matters but, because of its unique relationship with Congress, is often denied authorities granted to the states. I can’t easily determine what the state of play is on this particular issue. Presumably, if Congress has not yet passed legislation denying DC control on this matter, a Democratic majority in the House would be unlikely to do so.