Late this afternoon, Moody reported via Twitter that he had just received this from Trump, apparently via facsimile: 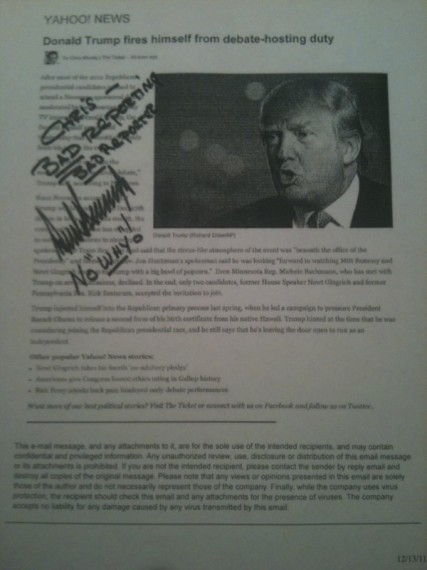 What a complete jerk.

On the other hand, as I said to him, Chris won the Internet today.

By the way, if you’re not already reading Chris’s work at The Ticket, you should be.