So, what's up with Donald Trump's bizarre hairdo? He insists it's not a comb-over. 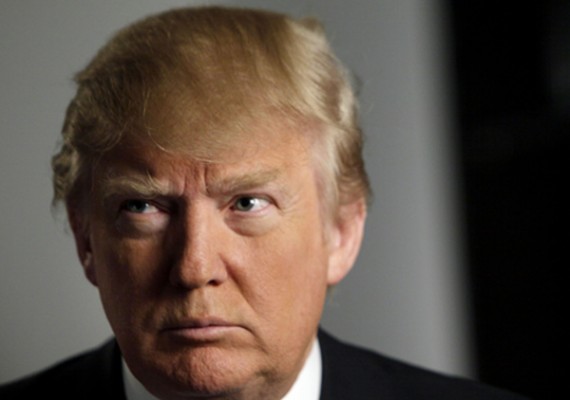 So, what’s up with Donald Trump’s bizarre hairdo? He insists it’s not a comb-over.

“OK, what I do is, wash it with Head and Shoulders. I don’t dry it, though. I let it dry by itself. It takes about an hour. Then I read papers and things. This morning I read in the New York Post about Jerry Seinfeld backing out of his commitment to do a benefit for my son Eric’s charity. I’ve never been a big fan of Jerry Seinfeld — never dug him, in the true sense — but when I did The Marriage Ref, which was his show and a total disaster, I did him a big favor. Then he did this. It’s a disgrace.” He goes on, “I also watch TV. I love Fox, I like Morning Joe, I like that the Today show did a beautiful piece on me yesterday — I mean, relatively speaking. OK, so I’ve done all that. I then comb my hair. Yes, I do use a comb.” He pauses, frowning, casting his mind back to capture the details of the event. “Do I comb it forward? No, I don’t comb it forward.” He pushes the leading edge of the flying wing of his hair back, to show where the hairline is. “I actually don’t have a bad hairline. When you think about it, it’s not bad. I mean, I get a lot of credit for comb-overs. But it’s not really a comb-over. It’s sort of a little bit forward and back. I’ve combed it the same way for years. Same thing, every time.”