As you might expect, the New York Post‘s headline on l’affair Weiner is a classic: 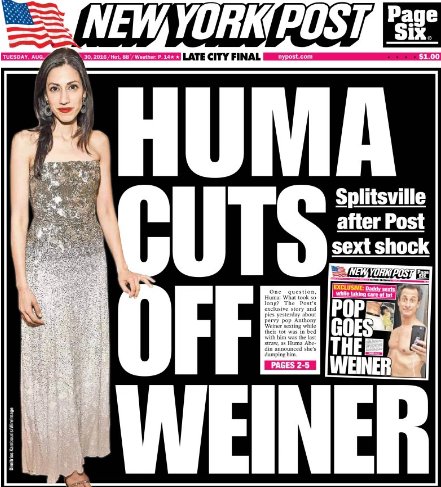