Don’t Get Above Your Raisin’

Most deprived subcultures resent those among them who strive too hard to escape--much less succeed. 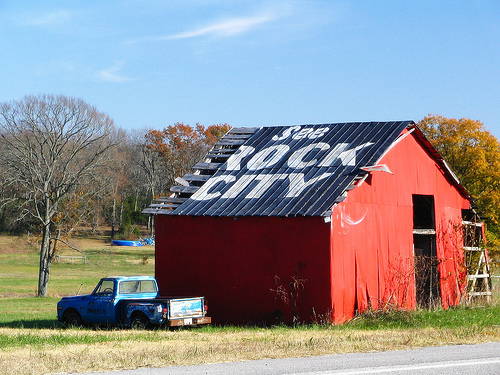 A wonderful byplay is going on between Rod Dreher and Ta-Nehisi Coates regarding the latter’s extended visit to Paris.

Coates comments in particular on this bit from Dreher:

I appreciate the moral tension, bordering on anguish, in the way TNC writes about Paris. I suspect this is why he could write earlier this year about walking across the Luxembourg Gardens alone and feeling anxious about it, while I made the same walk and felt unambiguous joy. It’s not that I was born wealthy, or from people who traveled (except my great-great aunts, who died when I was small). I did not, and my sister, to her dying day, resented me for becoming the sort of person who liked to go to France. TNC and I grew up in different circumstances, it hardly needs saying, but neither one of us could have been expected to turn into people who go to France with their families and write about it.

But my response to the privilege that Paris represents comes from a deeper place than the material and social circumstances of my raising. I found out after my sister’s death that she held my writing success against me to a certain degree, because it didn’t make sense to her that anybody could make real money writing. She thought, as TNC does, that “the game is rigged.”

I can’t account for Ruthie’s views, which she never shared with me (but did share with others), but I believe it comes from her instinctive resentment of anything to do with wealth and privilege. Wanting to go to Paris is something only rich people do, in her worldview. That I wanted this, and repeatedly satisfied that desire, offended her, I learned after her death. It did not matter that I always stayed in modest hotels (sometimes very modest hotels), or traveled on cut-rate fares, sometimes in the dead of winter, to make it affordable. The desire itself was a moral offense, a betrayal of my class.

For many years I have generally doubted the import of the “acting white” thesis, mostly because I never experienced or saw anything like it. I was a pretty weird kid in my Baltimore days. I played D&D, collected comics, and read a lot of obscure books. My family ate strange foods, and clearly had ambitions beyond the hood. I got called a lot of things. White wasn’t among them. But I’ve heard from enough black people who did have this happen to them to understand that it is real, and I suspect it is a sub-specimen of what Rod is talking about here–a kind of tribal border-patrolling.

Quite so. Indeed, there seems to be an instinct in most deprived subcultures to resent those among them who strive too hard to escape—much less succeed.

Years ago, I pointed to this:

An old Russian joke tells the story of a peasant with one cow who hates his neighbor because he has two. A sorcerer offers to grant the envious farmer a single wish. “Kill one of my neighbor’s cows!” he demands.

In the Deep South, there’s an old saying among poor working class folks: “Don’t get above your raisin’.”

At its most benign, it’s simply a reminder of remembering your roots and not looking down on those with less success. But, quite often, it’s an admonition not to strive too hard to better yourself.

“Gettin’ above your raisin'” is a phrase I’ve heard all my life. The notion is you want to change social classes. You try to change social classes, there’s this feeling that you’re forsaking the family, you’re forsaking place, you’re forgetting where you came from…and here’s this real fear that if you leave, that you’ll become ashamed of where you came from. — Michael Birdwell, historian

Presumably, it’s a protective mechanism. While succeeding despite humble beginnings requires a lot of “luck” (in TNC’s estimation) or being “blessed” (in Dreher’s), it inevitably signals to the vast majority who don’t that they’ve failed. It’s not at all surprising that they’d resent that.