The United States is facing a serious public relations problem among the Egyptian people. 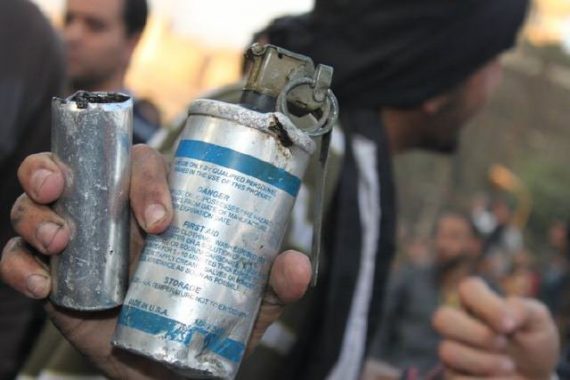 The Obama Administration’s cautious approach to the crisis in Egypt isn’t playing well in the Egyptian streets:

In the streets of Cairo, many protesters are now openly denouncing the United States for supporting President Hosni Mubarak, saying the price has been their freedom. They say the Obama administration has offered only tepid criticism of a regime that has received billions of dollars in U.S. aid.

The United States walks a fine line between a weakened leader and the pro-democracy protesters who could overthrow him. But the prospect of Mubarak being ousted by a movement that feels ignored by the United States raises questions about future relations between Washington and a strategic ally in a volatile region of the world.

“Tell America that we get to choose our president,” Manshawi said. “We choose him, not them.”

U.S. officials “speak about their own interest, not ours,” said Ahmed Abu Dunia, who said he planned to demonstrate every day until Mubarak is gone. “The Egyptians love Egypt.”

Of course, our own national interests are our primary concern, and they should be. President Obama’s job isn’t to do what’s best for the Egyptian people, it’s to do what is in the interests of the United States. The problem that the U.S. faces, though, is that the public face of our foreign policy for a long time has not been this  cold calculation of interests of realpolitik. For at least a generation, it’s been wrapped up with the rhetoric of “freedom” and “democracy” while at the same time, at it’s base, it is really about advancing and protecting the national interests of the United States and its allies. That means staying silent at times when a popular uprising erupts in some segment of the world, or even staying silent when a government moves to suppress it. Usually, it’s the right decision and intervening would have been the wrong decision, but it creates a disconnect between our rhetoric and reality and that world tends to notice.

Sometimes, its not just the rhetoric they notice:

In a dusty alleyway in downtown Cairo, Gamal Mohammed Manshawi held out a dirty plastic bag Saturday afternoon. Inside were smashed gas canisters and the casings of rubber bullets that he said Egyptian police had fired at anti-government demonstrators.

“You see,” the 50-year-old lawyer said, displaying the items. On the bottom of each were the words “Made in the USA.”

“They are attacking us with American weapons,” he yelled as men gathered around him.

I noted the “Made In the U.S.A.” tear gas issue the other day, and I must say I’m not surprised that Egyptians are noticing. Just like Iranians remembered the coup against Mohammed Mosadegh when the Islamic Revolution came in 1979. It’s called blowback, and it’s real.

As I noted yesterday, Mohammed el-Baradei, who seems to be emerging as a rallying point for the protesters, criticized the U.S. response to the crisis. In an interview on ABC’s This Week today, he repeated that sentiment:

Mohamed ElBaradei, the former head of the International Atomic Enegry Agency and a 2006 Nobel Peace Prize recipient, told ABC’s “This Week” that the people were expecting the U.S. to be on the side of democracy and “let go of a dictator.”

“He’s also saying, I look to the government, you know, i.e., Mubarak, you know, to implement democracy,” ElBaradei said of President Obama’s call for reforms and protecting the rights of the people.

“I mean, to ask a dictator to implement democratic measure after 30 years in power is an oxymoron,” he said. “So they need to let go of [President Hosni] Mubarak. They need to side with the people. They need to go for, you know, transition, smooth transition, through a government of national salvation. This is only way out.”

Public opinion in Egypt about the U.S. is already fairly low. By appearing to side with the government that the people seem to have already rejected as legitimate, we run the risk of destroying whatever chance we might have to influence the future the direction of the country, and that could be very detrimental to our interests.