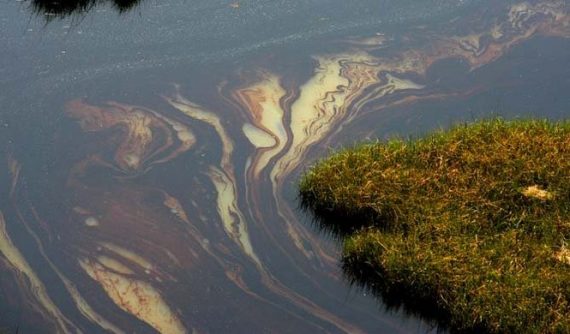 A government panel is painting a far bleaker picture of the Gulf of Mexico oil spill:

A government panel on Thursday essentially doubled its estimate of how much oil has been spewing from the out-of-control BP well, with the new calculation suggesting that an amount equivalent to the Exxon Valdez disaster could be flowing into the Gulf of Mexico every 8 to 10 days.

These new calculations came as the public wrangling between BP and the White House was reaching new heights, with President Obama asking for a meeting with BP executives next week and his Congressional allies intensifying their pressure on the oil giant to withhold dividend payments to shareholders until it makes clear it can and will pay all its obligations from the spill.

The higher estimates will affect not only assessments of how much environmental damage the spill has done but also how much BP might eventually pay to clean up the mess — and it will most likely increase suspicion among skeptics about how honest and forthcoming the oil company has been throughout the catastrophe.

The new estimate is based on information that was gathered before BP cut a pipe called a riser on the ocean floor last week to install a new capture device, an operation that some scientists have said may have sharply increased the rate of flow. The government panel, called the Flow Rate Technical Group, is preparing yet another estimate that will cover the period after the riser was cut.

The new estimate appears to be a far better match than earlier ones for the reality that Americans can see every day on their televisions. Even though the new capture device is funneling 15,000 barrels of oil a day to a ship at the surface, a robust flow of oil is still gushing from the well a mile beneath the waves.

The thing that strikes me about this estimate is that there doesn’t seem to be any indication that BP’s latest efforts under the sea, which have been in place for more than a week now, have really done much to stem the flow of oil into the Gulf or that there’s any realistic prospect that the flow will be reduced any further until relief wells are completed sometime in August. Given that, it’s fairly clear that both the environmental and the political damage from this disaster is destined to increase significantly.