While most of the world’s attention was focused on the tsunami last week, Osama bin Laden issued another audiotape. Somehow listening to al Qaeda’s leader offer his endorsement of Abu Musab al Zarqawi and his murderous ways in Iraq seemed trivial next to the devastation in places like Indonesia, Sri Lanka and Thailand. But bin Laden’s message was anything but trivial. And its very presence is a reminder that the tsunami and terrorism are related. How?

Just ask Rohan Gunaratna, senior research fellow at the Institute of Defense and Strategic Studies in Singapore. You might have seen him on CNN’s air from time to time as an expert on al Qaeda and terrorism. Gunaratna lives in Singapore, but he was born and raised in Sri Lanka. Right now, he’s mourning the loss of friends back home. Like most expatriates, he is stunned by what happened not only to his country but to the entire region.

Terrorism has been no stranger to the region. Gunaratna became an expert on suicide bombings many years ago because the Tamil Tigers in his homeland began using such attacks as early as 1987. Several hundred people were killed this past year in southern Thailand in the festering insurgency between Islamic separatists and the Thai military. And Aceh, the hardest hit area in Indonesia, is the home of GAM, a separatist group that has been waging a sporadic conflict with the Jakarta government. It was precisely in these areas that the devastation was worst. Some of it, says Gunaratna, took a toll on the terrorist and insurgent movements, who lost both fighters and infrastructure when the waves crashed on shore.

“This is a golden opportunity for the United States,” says Gunaratna. The refrain that the United States and the West are losing the war of ideas, especially in the Muslim world, was the main topic at a recent conference about al Qaeda. But counter that with images of U.S. helicopters bringing aid to places like Aceh, delivering something that insurgents can’t, and Gunaratna thinks that devastation can unwittingly bring some good. That it might overwhelm the message from bin Laden, at least in Indonesia, which is after all the most populous Islamic country in the world.

He also thinks that the magnitude of the destruction has brought on war fatigue. “We haven’t even started to think about this issue. But natural disasters shape leaders,” says Gunaratna. He talked recently with one former Tamil Tiger terrorist after the tsunami. Gunaratna says this man had been upset at the lack of progress in peace talks between the Tamils and the Sri Lankan government. But he changed his mind after he saw the immense suffering that took place on December 26. Now, says Gunaratna, the man thought discussing politics was less important than relieving the suffering.

Ralph Peters, hardly a Polyanna, is thinking along similar lines.

At present, the United States is doing the right thing Ã¢€” and the wise thing Ã¢€” by hurrying aid to Aceh. The efforts are critical in purely human terms, and they also help polish our tarnished relations with Indonesia, the world’s most-populous Muslim country. But we need to have realistic expectations. The Acehnese may remember our help fondly, but aid alone will not change the province’s centuries-old prejudices. Such change must come from within. We can play a constructive role on the margins, but the dynamic that matters is already at work within the local society. The question that matters is this: How will Indonesians interpret the disaster that has befallen Aceh?

Earthquakes, plagues and famines can either drag a population backward into superstition Ã¢€” or thrust it forward into a new spirit of inventiveness and creativity. Disasters sharpen the popular intellect, loosen social structures and pose fundamental questions: Why did God do this? What is the meaning of our suffering? Is there a meaning?

Given Aceh’s fundamentalist tradition, the response from local mullahs (whose authority is threatened) is apt to be the age-old claim that Allah punished Aceh because it had already become too liberal. The popular interpretation of events is unpredictable for now, but we could see Aceh becoming even more devout Ã¢€” or opening up. Just beware the rise of a charismatic charlatan.

The crucial strategic results actually may appear elsewhere in Indonesia, where Saudi-funded agents have been struggling to destroy liberal Islam. On Java or Sulawesi, the lesson is that Aceh’s oppressive religion didn’t protect it; on the contrary, Allah struck those who were most prideful about their faith. The earthquake and tsunami may have drowned Saudi-funded extremism as surely as it did the Sumatran countryside.

The effectiveness of the Indonesian government’s response will be critical to the country’s future integrity. Perceived government failure will strengthen the Acehnese rebels and the fundamentalists. But if the government is viewed as caring and moderately capable, it could turn around the separatist mentality.

I hope these experts are right. Rationally, the fact that radical Islam has failed these societies while the West is coming, once again, to the rescue should open some eyes. But traditional cultures are extremely reticent to change. 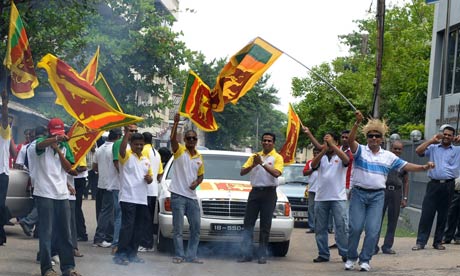