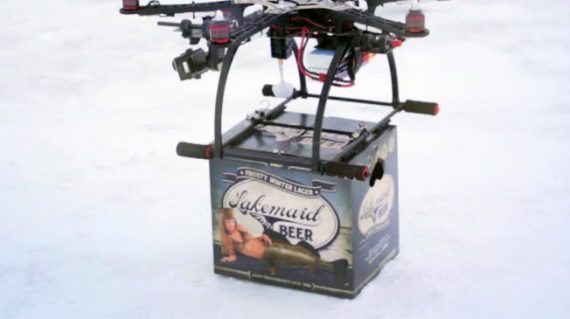 The Federal Aviation Administration is shooting down one brewery’s idea to deliver beer by drone:

Lakemaid Beer is brewed in Stevens Point, Wis., and distributed to several states in the region. But it was a very local delivery that put the company out of favor with the Federal Aviation Administration.

The Minnesota-based company is receiving a flood of support and condolences after the FAA ruled that its beer delivery drone, which had only recently taken flight, had to be shut down.

Lakemaid calls itself the fishermen’s lager. It had hoped to use drones to deliver its beer to anglers in thousands of ice shacks, from the frozen northern lakes’ combination bait and beer shops. But the government says the brewer’s next test — which Lakemaid managing partner Jack Supple says was tentatively set for Minnesota’s Lake Mille Lacs and the Twin Pines resort — cannot proceed.

“We were a little surprised at the FAA interest in this since we thought we were operating under the 400-foot limit,” Supple says via email. He adds that the beer-makers “figured a vast frozen lake was a lot safer place than [what] Amazon was showing on 60 Minutes.”

Here’s a video the company put out about the service:

If the drones really are flying under the 400 foot limit, then I’m not sure under what authority the FAA purports to be exercising here. 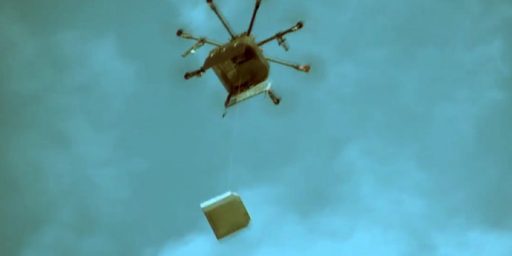