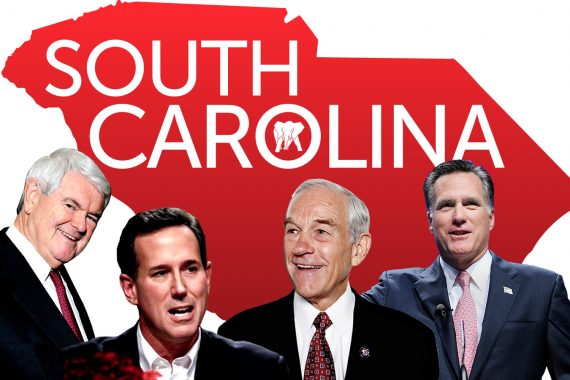 Sounds like there’s a little dirty politics going on in South Carolina:

In what appears to be a last ditch attempt to halt Newt Gingrich’s late momentum in South Carolina, a fake CNN Breaking News alert was emailed to state Republican activists early Thursday morning claiming that the former House Speaker pressured his ex-wife to have an abortion.

CNN did not send out the email alert.

It’s not clear how many people received the fake email, though at least two members of the South Carolina GOP Executive Committee, who did not want to be named, were among those who found the missive in their inboxes this morning.

Two South Carolina Republicans from different parts of the state independently informed CNN about the email on Friday morning.

The email alert was sent from fake account made to look like a CNN breaking news email address: “BreakingNews@mail.cnn.com.”

“A source close to Marianne Gingrich tells CNN that former House Speaker Newt Gingrich forced her to abort a pregnancy conceived during the affair that preceeded her marriage to Gingrich,” the fake email reads.

I would be incredibly shocked to learn that any campaign had anything to do with this, although one shouldn’t put it past an overzealous supporter. Obviously, what someone hoped to do was to get the rumor spreading before anyone could verify that it was real. Of course, if they wanted to do that one wonders why they didn’t use Twitter or other social media instead, where accounts can be easily faked. Email seems so, well, late 90s.

It will be interesting to see if anything more comes of this.