A thorough review of the fairness of the process will be conducted.

From the Justice Department:

[On July 1], Attorney General Merrick B. Garland issued a memorandum imposing a moratorium on federal executions while a review of the Justice Department’s policies and procedures is pending.

“The Department of Justice must ensure that everyone in the federal criminal justice system is not only afforded the rights guaranteed by the Constitution and laws of the United States, but is also treated fairly and humanely,” said Attorney General Garland. “That obligation has special force in capital cases.”

In the last two years, the department made a series of changes to capital case policies and procedures and carried out the first federal executions in nearly two decades between July 2020 and January 2021. That included adopting a new protocol for administering lethal injections at the federal Bureau of Prisons, using the drug pentobarbital. Attorney General Garland’s memorandum directs the Deputy Attorney General to lead a multi-pronged review of these recent policy changes, including:

*A review coordinated by the Office of Legal Policy of the Addendum to the Federal Execution Protocol, adopted in 2019, which will assess, among other things, the risk of pain and suffering associated with the use of pentobarbital.

*A review coordinated by the Office of Legal Policy to consider changes to Justice Department regulations made in November 2020 that expanded the permissible methods of execution beyond lethal injection, and authorized the use of state facilities and personnel in federal executions.

*A review of the Justice Manual’s capital case provisions, including the December 2020 and January 2021 changes to expedite execution of capital sentences.

The Attorney General’s memorandum requires the reviews to include consultations with a wide range of stakeholders including the relevant department components, other federal and state agencies, medical experts and experienced capital counsel, among others.

No federal executions will be scheduled while the reviews are pending.

Serious concerns have been raised about the continued use of the death penalty across the country, including arbitrariness in its application, disparate impact on people of color, and the troubling number of exonerations in capital and other serious cases. Those weighty concerns deserve careful study and evaluation by lawmakers.

Garland expresses additional concerns, including orders to speed up executions in the latter stages of the previous administration and the Supreme Court’s refusal to grant an expedited hearing as to whether pentobarbital amounts to cruel and unusual punishment under the 8th Amendment.

As a USA Today report on the decision notes, Garland hinted at this during his confirmation hearings, especially noting his concern over the fact that a significant number of people sentenced to die have been exonerated.

I would be shocked if a federal execution is carried out under the Biden administration. But this leaves us in the bizarre situation where capital punishment is available for federal crimes, is occasionally sentenced by federal courts, but not actually carried out by the executive. 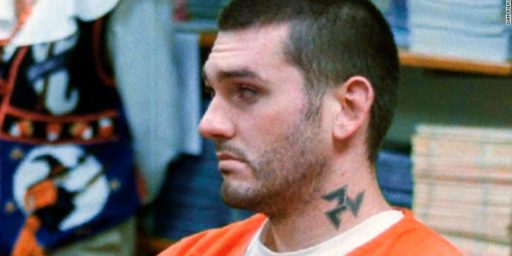