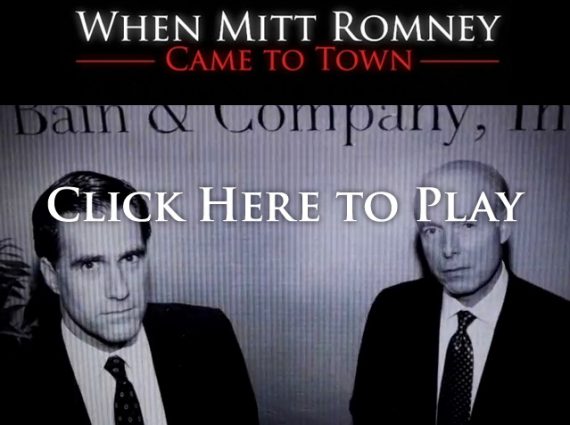 Newt Gingrich’s schizophrenia over the anti-Bain attacks he and the SuperPAC supporting him have made against Mitt Romney continues. Now, he is saying that the SuperPAC, Winning Our Future, should withdraw the ad and remove any incorrect information:

Misleading and exaggerated claims in a film portraying Mitt Romney as a heartless job killer led Newt Gingrich to ask on Friday that the group behind it change or withdraw it, even though Mr. Gingrich is the intended beneficiary of the film.

“I’m calling on them to either edit out every single mistake or to pull the entire film,” Mr. Gingrich said at the opening of a campaign office in Orlando during a swing through the critical primary state of Florida. “They cannot run the film if it has errors in it.”

But the group running the video, the pro-Gingrich “super PAC” Winning Our Future, made no move to alter the work. Late Friday, it released an open letter to Mr. Romney saying it would alter its advertisement only if he would answer a series of questions about “your version of events,” including when he formally relinquished a “controlling interest” in Bain and when he received a final check from Bain relating to any investment in which he had an interest.

The video — parts of which first showed up online last week and on South Carolina television stations on Thursday — is dominating the campaign dialogue as the primary fight intensifies in the state.

By calling for the ads to come down or undergo changes, Mr. Gingrich was potentially getting to have his cake and eat it too, reaping the benefits of attacks that have been nationally branded as false while publicly distancing himself. Yet he also faced the risks of being associated with an attack by a group that has a former close aide, Rick Tyler, as a senior adviser.

The harsh nature of the film’s attacks had led many Republicans to call on Mr. Gingrich to disavow it. First pressed to do so last week, Mr. Gingrich declined, saying the use of the video is fair game, especially after a group supporting Mr. Romney, Restore Our Future, savaged him with ads in Iowa.

But in questioning the advertisements’ accuracy on Friday, Mr. Gingrich was providing an early test of the benefits and risks to political candidates like him who, with little of their own financing, are being sustained by super PACS, which can use unlimited resources to help candidates and attack their opponents as long as the campaigns do not coordinate with them.

So far, these groups are running nearly as many advertisements per day as the candidates themselves, according to an analysis by Kantar Media/CMAG, which reports that they are spending far more than the actual campaigns because they do not get the same discounted rates from stations that candidates get. Winning Our Future is heavily in the mix, having received a $5 million commitment from the casino magnate Sheldon Adelson.

Mr. Gingrich’s comments on Friday came after a host of news reports disputed the film’s accuracy, including The Washington Post’s Fact Checker column, which gave it the worst possible rating of “Four Pinocchios.”

Of course, it’s a new day so Gingrich may change his tune yet again.