A group for mothers whose children died in war voted Monday to allow non-U.S. citizens to join, after coming under criticism for denying membership to a Filipina mother whose son was killed in Afghanistan. The 1929 charter of American Gold Star Mothers had prevented foreign citizens from joining. Earlier this year, the organizationÃ¢€™s 12-member executive board voted against changing the rule.

That prevented Ligaya Lagman, of Yonkers, N.Y., from joining, although she is a legal resident and her son, 27-year-old son Army Staff Sgt. Anthony Lagman, was a U.S. citizen. After hearing about her interest in joining, New York Gov. George Pataki and other lawmakers urged the group to change its rules. Ã¢€œQuite simply, the loss a mother endures when her son or daughter makes the ultimate sacrifice for our nation Ã¢€” is no less honorable or admirable because of her citizenship status,Ã¢€ Pataki said Monday.

The change was approved unanimously Monday during the American Gold Star MothersÃ¢€™ annual convention in the Dallas area. Ã¢€œThis change to our constitution was the right thing to do, but we had to make the change the right way,Ã¢€ said Judith Young, the groupÃ¢€™s new president.

More than 140 military service members who were not U.S. citizens have died in Iraq and Afghanistan. Legal residents who are not citizens have long served in the U.S. military. 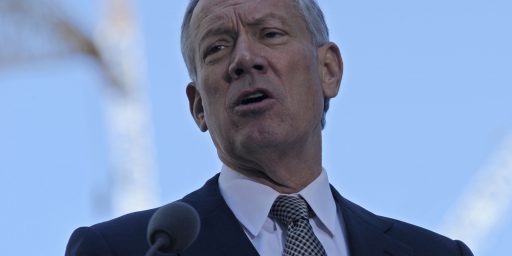 George Pataki Is Thinking Of Running For President For Some Reason