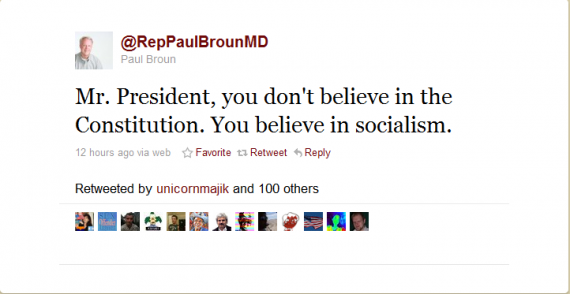 Georgia Congressman Paul Broun took to Twitter last night while watching the President from his seat on the House floor:

Broun took to Twitter during the address, accusing the president of believing in socialism. Obama touched on several economic themes during his address, emphasizing the need for the U.S. to be competitive in the global marketplace.

“Mr. President, you don’t believe in the Constitution. You believe in socialism,” the tweet reads.

So much for that New Tone. 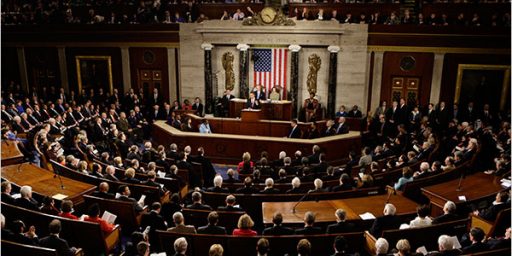