Have they not hear of limited government in Taiwan?

Via the BBC:  Taiwan minister says men should sit down to urinate

A Taiwanese minister has caused widespread debate on hygiene by suggesting that men should sit down while urinating instead of standing up.

Stephen Shen, Environmental Protection Administration (EPA) minister, said that sitting on the toilet like women do creates a cleaner environment.

Inspectors regularly grade Taiwan’s estimated 100,000 public toilets, with most of receiving high marks. But EPA officials say there is room for improvement, as some toilets are still smelly because of urine spatter.

Based on anecdotal evidence linked to my three sons, the Minister may have a point.

And, it is all based in a little comparative public policy: 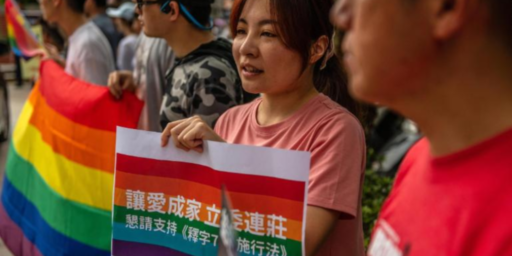