How Hamilton saw the Electoral College 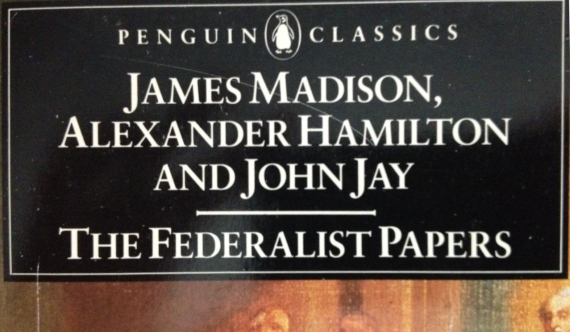 My post earlier in the week (Love the Tracking? Hate the College) reminded me of a passage from Federalist 68 (written by Alexander Hamilton) that I had been intending to write about.  Specifically I would draw attention to the following excerpts that describe how Hamilton thought that the electoral college would function (emphases mine):

It was desirable that the sense of the people should operate in the choice of the person to whom so important a trust was to be confided. This end will be answered by committing the right of making it, not to any preestablished body, but to men chosen by the people for the special purpose, and at the particular conjuncture.

It was equally desirable, that the immediate election should be made by men most capable of analyzing the qualities adapted to the station, and acting under circumstances favorable to deliberation, and to a judicious combination of all the reasons and inducements which were proper to govern their choice. A small number of persons, selected by their fellow-citizens from the general mass, will be most likely to possess the information and discernment requisite to such complicated investigations.

The choice of several, to form an intermediate body of electors, will be much less apt to convulse the community with any extraordinary or violent movements, than the choice of one who was himself to be the final object of the public wishes. And as the electors, chosen in each State, are to assemble and vote in the State in which they are chosen, this detached and divided situation will expose them much less to heats and ferments, which might be communicated from them to the people, than if they were all to be convened at one time, in one place.

Ok, so we have here a description of  a collection of temporary deliberative bodies at the state level getting together to debate the selection of candidates, and then to transmit the results of those deliberations to the capital for summing (with the likely result being, by the way, that no candidate having won a majority of the electoral votes so the House would select the president and the senate the vice president).

Hamilton wanted to avoid giving all the power to a “preestablisheed body” (that would be the Congress, although, as noted, they still were thought to have a role).

He foresaw the choices being made via “deliberations” and “a judicious combination of…reasons and inducements.”

He wanted the elector to be “men chosen by the people for the special purpose” to be “capable of analyzing the qualities” of the potential candidates.

The first two elections were essentially foregone conclusions for Washington, so there was no need for a lot of deliberation.  By the time we get to the third presidential election, proto-parties were already forming around candidates and the electors were being treated not as independent deliberators, but as partisan messengers.

Really, if we read the Federalist concerning the EC we really only have two conclusions to draw.  One is that if we are truly wedded to the notion of original intent, then we ought to entirely scrap the way we elect the president at the moment and select electors to head to state capitals each December and let them hash out who the president ought to be, and let the House be the arbiter of contests that lack an candidate who can garner the needed 270 from those individual contests (something that Hamilton thought would happen frequently—he notes it in 68, and I have noted before that he says so in Federalist 66 as well).

Or, second, we have to face up to the fact that the EC simply does not work like intended and any function we think it performs is the result of ex post facto justification.

Interestingly, one of the reasons that Hamilton liked the EC was that is prevented “foreign powers” from “gain[ing] an improper ascendant in out councils” because “How could they better gratify this, than by raising a creature of their own to the chief magistracy of the Union?”  Ironically, the EC has failed us in that regard, since we have a Kenyan in the White House.*

At a minimum, it should give those who say that the owe fealty to the views of the Framers, and who treat the Federalist as holy writ, some pause for thought.