How You Know A Campaign Is Losing

According to Matthew Dowd, former chief strategist for the 2004 Bush/Cheney re-election campaign:

“The first thing happens is, don’t believe — the public polls are wrong. That’s the first sign of a campaign that’s about to lose. The second thing, we’re going to change the nature of the electorate, and you’re not seeing it reflected in the polls. And the third thing is, the only poll that counts is Election Day. When you hear those things, you know you’re about to lose.”

That’s been a universal truth from my observation, and there’s only one campaign saying this. 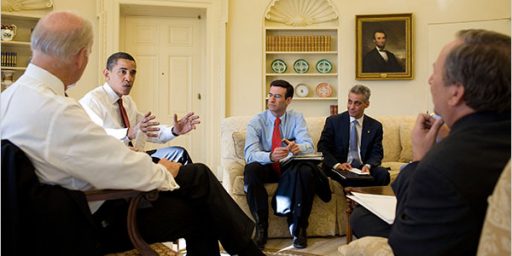