Exam Giver: “What was the cause of the Civil War?”
Apu: “The split between abolitionists and secessionists had come to a head in in The Fugitive Slave Act of 1850 when…”
Exam Giver: “Just say slavery.”
Apu: “Slavery it is, sir!”

as a prelude to what Sully calls the “imminent threat” lie.

So we get the baldfaced untruth that the war was because Iraq posed an “imminent” threat. It wasn’t. Or that it was about a causal link between Saddam and 9/11. It wasn’t. Or that it was based in intellgience from Niger. It wasn’t. Technically, the war was a continuation of the last one, and was fully supported by umpteen U.N. resolutions, including a 15-0 Security Council vote to force Saddam to comply. 9/11 made a war far more conceivable because it revealed the U.S.’s vulnerability to fanatical terrorists who might get hold of WMDs from Saddam. The casus belli was not proof of Saddam’s existing weapons, but proof of his refusal to cooperate fully with U.N. inspectors or account fully for his WMD research. Nothing we have discovered after the war has debunked or undermined any of these reasons. And the moral reason for getting rid of an unconscionably evil regime has actually gotten stronger now we see the full extent of his terror-state. But the anti-war left sees a real advantage in stripping down the claims in people’s receding memories to ones that were not made but which can now be debunked. It’s propaganda, to which the media in particular seems alarmingly prone to parroting. We have tor esist it at every stop – because this war has not yet been won, and the really crucial battle, now as before, is at home.

I noted much of this back in July.

Still, it’s fair to say that the administration either intentionally oversold the case of Saddam’s imminent danger in order to make the popular case for the war stronger or acted on some rather dubious intelligence reports. 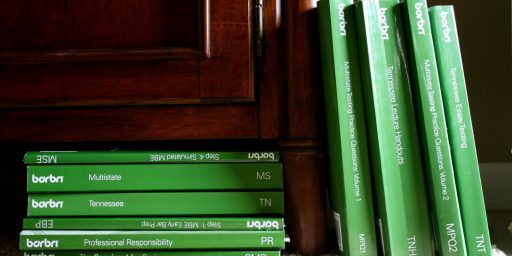