Iran has stepped up its rhetoric in its ongoing clash with the international community over its nuclear program.

Iran’s top leader Ayatollah Ali Khamenei warned Wednesday the country will pursue nuclear activities outside international regulations if the U.N. Security Council insists it stop uranium enrichment. “Until today, what we have done has been in accordance with international regulations,” Khamenei said. “But if they take illegal actions, we too can take illegal actions and will do so.”

Iran’s program is in violation of any number of International Atomic Energy Agency (IAEA) and U.N. Security Council resolutions, not to mention the Non-Proliferation Treaty, thus threats to “pursue nuclear activities outside international regulations” or “take illegal actions” are laughable.

These, much less so:

Iran’s top leader also issued a stark warning to the United States, saying Iran will “use all its capacities to strike” its enemies if his country is attacked. “If they want to treat us with threats and enforcement of coercion and violence, undoubtedly they must know that the Iranian nation and authorities will use all their capacities to strike enemies that attack,” Khamenei told the nation in an address marking the first day of Nowruz, or the Persian New Year.

There’s not much doubt about that.

If it hopes to tame Iran, the United States must rethink its strategy from the ground up. The Islamic Republic is not going away anytime soon, and its growing regional influence cannot be limited. Washington must eschew superficially appealing military options, the prospect of conditional talks, and its policy of containing Iran in favor of a new policy of détente. In particular, it should offer pragmatists in Tehran a chance to resume diplomatic and economic relations. Thus armed with the prospect of a new relationship with the United States, the pragmatists would be in a position to sideline the radicals in Tehran and try to tip the balance of power in their own favor. The sooner Washington recognizes these truths and finally normalizes relations with its most enduring Middle Eastern foe, the better. 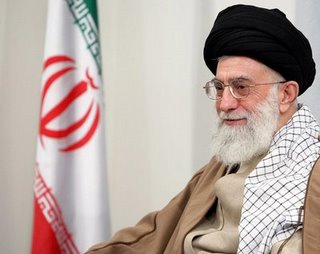