John Boehner: Read My Lips, We Will Cut Spending 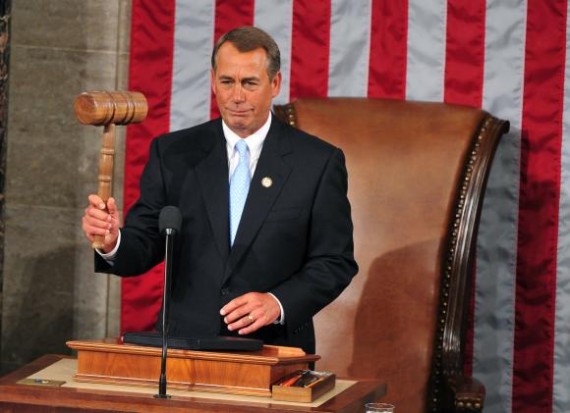 The Speaker of the House tried to make it clear that the GOP is committed to cutting spending today:

WASHINGTON (CNNMoney) — House Republicans on Thursday continued on their mission to cut billions of dollars from the current year’s budget.

He added that the House wouldn’t pass a budget that doesn’t cut spending, fueling new speculation of a possible government shutdown when current stop-gap funding measures run out March 4.

Of course, I can’t listen to that without thinking of this:

And we all know how that turned out.

So. when it comes to these promises lets just say I’ll believe it when I see it.