I've made the sad discovery that longtime friend of the blog John Burgess passed away on February 16, 2016.

Doing some background work on a long-overdue update of OTB’s About page, I made the sad discovery that longtime friend of the blog John Burgess passed away on February 16, 2016.

The son of an accomplished USAID labor expert, John Burgess decided early in life to be a Foreign Service Officer. With postings in Tunis, Cairo, Manama, Damascus, two tours in Saudi Arabia, as well as New Delhi and London, he spent more than thirty years in the Middle East, and became a recognized expert on Saudi foreign policy. He loved the culture and the people. He drove all over Tunisia, knew the archeologists and the archeological sites in Syria and worked with friends to catalog the many remaining crusader castles in Tunisia.

In retirement he has been called on by film productions, the New York Times, the Washington Post, Outside the Beltway, and the BBC. His blog, Crossroads Arabia, is greatly admired and often quoted. He also participated in Quora and for years was been named “top writer”.

He had a great love of baseball and attended the spring training sessions of his team, the Boston Red Sox. He loved to fish and was able to spend time with his Florida fishing buddies going after billfish as well as Snook and Hog Fish. John was a great admirer of Sarasota architecture and flora and supported several organizations there.

He is survived by his son and wife, brothers, sister, nephews and nieces.

He contributed 35 pieces to OTB between February 2006 and April 2014 and we co-authored a piece for TCS Daily, “Armed Diplomats? When State and Stability Operations Collide,” published May 21, 2007.

We passed along the news of his older brother Roger, also a retired FSO, passing at the age of 67 back in 2009. John just made it to 69—he died on his birthday.

This photo was on his obituary: 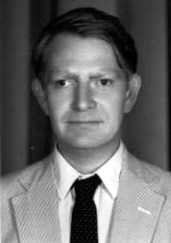 This is the one we used for him here for many years: 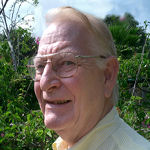