An FBI mobile command center vehicle is parked outside the Pentagon after a man with a gun opened fire at the Pentagon metro stop in Washington, Thursday, March 4, 2010. A gunman coolly drew a weapon from his pocket and opened fire at the teeming subway entrance to the Pentagon complex, wounding two police officers before being shot and critically wounded, officials said. (AP Photo/Jacquelyn Martin)

It seems that John Patrick Bedell, who died from wounds received while shooting two policemen at the Pentagon Metro stop last evening, is, in the words of Patrick Frey,  “a 9/11 Truther and an anti-Bush nut case.”

A California man killed in a shootout with Pentagon police drove cross-country and arrived at the military headquarters’ subway entrance armed with two semiautomatic weapons, authorities said Friday. The shooter apparently left behind Internet postings resentful of the government and airing suspicions about the 9/11 attacks.

John Patrick Bedell, 36, of Hollister, Calif., was named as the gunman in the Thursday evening attack. Authorities said he’d had previous run-ins with the law.

Investigators have found no immediate connection to terrorism, and the attack that superficially wounded two police officers at the massive Defense Department headquarters appears to be a case of “a single individual who had issues,” Richard Keevill, chief of Pentagon police, said in an early morning press conference Friday.

Keevill described Bedell as “very well-educated” and well-dressed, saying Bedell was wearing a suit when he showed up at the secure Pentagon entrance about 6:40 p.m. and blended in with workers. He was concealing two 9 millimeter semiautomatic weapons and “many magazines” of ammunition.

In an Internet posting, a user by the name JPatrickBedell wrote that he was “determined to see that justice is served” in the death of Marine Col. James Sabow, who was found dead in the backyard of his California home in 1991. The death was ruled a suicide but the case has long been the source of theories of a cover up. Sabow’s family has maintained that he was murdered because he was about to expose covert military operations in Central America involving drug smuggling.

Keevill said Friday that authorities had not made “a final determination” that the shooter was the same Bedell.

The user named JPatrickBedell wrote the Sabow case was “a step toward establishing the truth of events such as the September 11 demolitions.”

That same posting railed against the government’s enforcement of marijuana laws and included links to the author’s 2006 court case in Orange County, Calif., involving allegations of cultivating marijuana and resisting a police officer. Court records available online show the date of birth on the case mentioned by the user JPatrickBedell matches that of the John Patrick Bedell suspected in the shooting.

Presuming that they’re the same guy, this raises a question that we seem to be asking repeatedly these days:  Does a politically motivated nutjob acting alone qualify as a terrorist?  Or is it just a one-off tragedy?   As Apuzzo and Barrett note, we’re asking that too much of late:

The assault at the very threshold of the Pentagon — the U.S. capital’s ground zero on Sept. 11, 2001 — came four months after a deadly attack on the Army’s Fort Hood, Texas, post allegedly by a U.S. Army psychiatrist with radical Islamic leanings.

Hatred of the government motivated a man in Texas last month to fly a small plane into a building housing Internal Revenue Service offices, killing an IRS employee and himself.

The shooting resembled one in January in which a gunman walked up to the security entrance of a Las Vegas courthouse and opened fire with a shotgun, killing one officer and wounding another before being gunned down in a barrage of return fire.

We’ve got wannabe Islamists, rightwing nuts, and leftwing nuts in the mix.  I’ve generally dismissed all of them as sad cases that don’t deserve to be considered “terrorism” in the same way as organized plots by standing groups.  I’ve changed by assessment as to the Hasan attack at Fort Hood given that he does seem to have been at least trying to work with al Qaeda or associated groups.

(As an aside: Can journalists please stop adding the descriptor “semi-automatic” when referring to 9mm handguns?  It’s all but redundant and gives the wrong impression as to what we’re dealing with, since the media have convinced Americans that “semi-automatic” is synonymous with “machine gun.”) 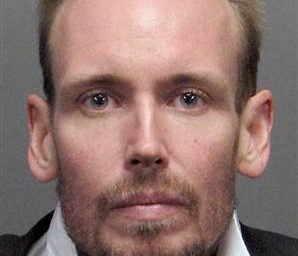