A Judge in New Jersey has ruled that the twin children of a New Jersey woman were in fact fathered by two different men. 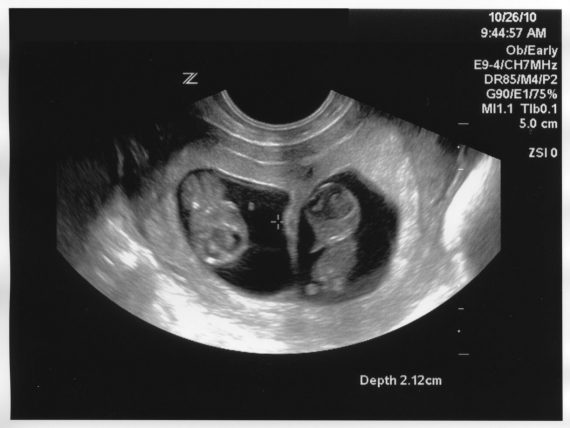 A Superior Court Judge in New Jersey has ruled that the twin babies born to a New Jersey woman were, in fact, fathered by two different men:

A mother of twins was applying for public assistance in Passaic County, N.J., when she made the seemingly uncontroversial claim that one man was responsible for her progeny.

The truth, it turns out, was not so simple.

In an unusual ruling in State Superior Court in Passaic County, Judge Sohail Mohammed found that egg and sperm had colluded to create a medical oddity, according to a report in The New Jersey Law Journal on Thursday. The man who the woman said was the father of her twins was deemed responsible for only one.

The other, the ruling revealed, was conceived during a previously undisclosed tryst that happened within a week of sexual intercourse with the man she claimed was the father.

It was a tangled web of love and biology that gave rise to what The Law Journal called a precedent-setting ruling, one of only a few of such cases across the country. The man originally described as the twins’ father, identified in court documents only as A.S., will now have to pay child support only for the toddler who a DNA test showed was reliably his own.

The case took root when the mother, identified only as T.M., told the Passaic County Board of Social Services in the course of applying for benefits that A.S., her romantic partner, had fathered her twins, The Law Journal reported. The board, in turn, filed an application to establish his paternity and force him to pay child support for the twins, born in January 2013.

But the woman’s claim slowly fell apart. She revealed in testimony that she had had sex with a second, unidentified man within a week of having sex with her romantic partner. A paternity test was ordered.

And when the results came back last November, a routine case became a curiosity destined for legal textbooks.

Judge Mohammed accepted the results after testimony from Karl-Hans Wurzinger, the laboratory director of the Identity Testing Division at Laboratory Corporation of America, The Law Journal reported. Dr. Wurzinger, who has published a study saying that one in 13,000 reported paternity cases involved twins with separate fathers, testified that this was one of those rare cases: The woman’s twins were fertilized by different fathers during the same menstrual cycle.

Jennifer Wu, an obstetrician-gynecologist at Lenox Hill Hospital in Manhattan, called it a case of superfecundation, a rare phenomenon classically illustrated in medical textbooks with a black baby and a white baby who are twins.

A sperm can be viable for up to five days, Dr. Wu said. So if the mother in this case had sex with one of the men, ovulated, and then had sex with the other — all within the course of just under a week — one man’s sperm could have fertilized one egg, while the other’s fertilized another.

It’s apparently something that is very rare, but not beyond the realm of possibility. What it means, legally, is that each father is responsible for child support and other legal obligations for the child that is theirs, although it does not appear from the reports I’ve read that the woman in question was able to identify the second father or, if she was, that he has been located. In any case, he was not a party to this case so one presumes that he either remain unidentified or unable to be located. One interesting side note to this issue is that it could have presented some rather bizarre situations if the woman had been married to one of these men. In most states, the law presumes that children born during the course of a marriage are the children of the husband, which means that he is deemed to have legal responsibility and will be required to pay child support for the child even if can be proven at some point that he is not the biological father of the child. This has led to several cases over the years that have come to light where a father sought to have their child support obligation ended due to the fact that it had been conclusively established that he was not the father, or a biological father sought to have his rights recognized regarding a child that was born when the mother was married to a different man. Many of those issues were present in a 1989 Supreme Court case called Michael H. v. Gerald  D in which the Court rejected the efforts of a biological father to obtain visitation rights to a child born as the result of an adulterous relationship. None of those issues are present here, of course, but one could easily see how they could arise if this woman had been married to one of the fathers of these two children at the time the children were conceived.

The other side of this case, of course, is the social one that it raises. Even without access to the facts of the case given the fact that it was sealed as most cases involving children are, one can presume that the mother of this child does not live in the best of circumstances. The entire issue came to the fore during the process of her application for public assistance, so she obviously lives in some degree of poverty, for example. And her personal habits are, well, questionable at best. Likely she either didn’t have easy access to birth control or wasn’t sufficiently educated on the topic. Now she’s poor and raising two children fathered by two different men. This does not bode well for either her future, or those of the children.

The Judge in this case, interestingly enough, was Sohail Mohammed. As you may recall, Judge Mohammed was a prominent Arab-American lawyer in New Jersey who was involved in defending some Arabs arrested in the initial period after the September 11th attacks, none of whom ended up having connections to terrorism, and worked together with then U.S. Attorney for New Jersey Chris Christie to ease tensions between law enforcement and the Arab-American community. When Christie became Governor, he appointed Mohammed to fill a vacancy in the Passaic County Superior Court, something for which he was attacked by many conservatives, including Pamela Geller. Christie, of course, had none of it and attacked right back. It’s not relevant to this case, of course, but it is somewhat amusing that after all that controversy that Judge Mohammed will now likely be remembered most for one of the more bizarre child support cases any state has ever seen.