Former HUD Secretary Julián Castro is preparing a run for the White House in 2020. 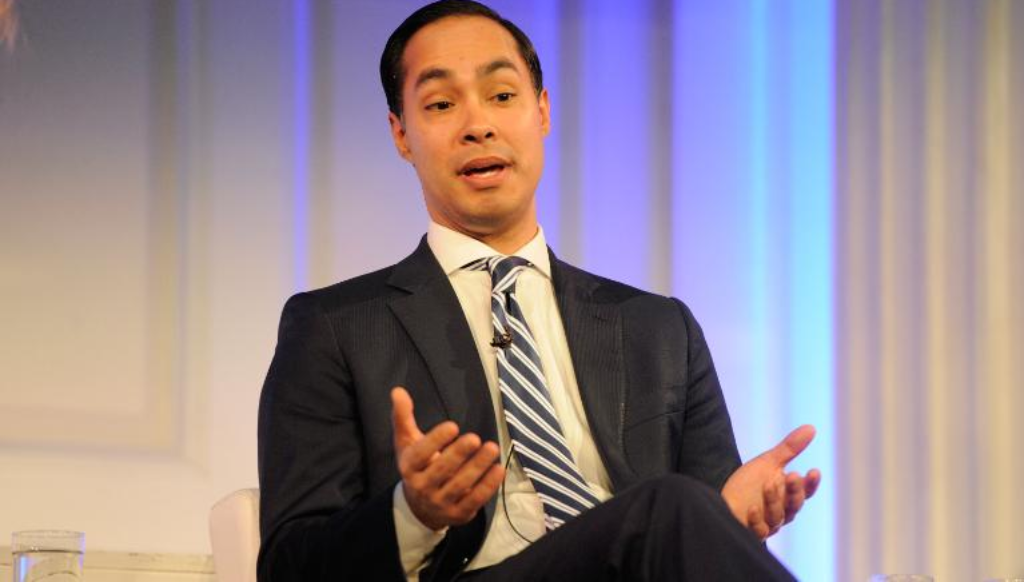 Julián Castro, the former Mayor of San Antonio, Texas who served as Secretary of the Department of Housing And Urban Development for most of President Obama’s final term in office, is putting together a team for a potential bid for the Democratic Presidential nomination in 2020:

Julián Castro convened a group of supporters in San Antonio Monday in preparation for a 2020 presidential campaign, sources familiar with the gathering told POLITICO.

Castro and his twin brother, Rep. Joaquin Castro, brought together about 20 of their loyal donors and bundlers in San Antonio to begin to sketch out a national bid, according to one person present and another with direct knowledge of the meeting.

The session lasted several hours and invited the potential donors to ask questions about a potential presidential campaign. The 44-year-old brothers even left the room for a bit to give their allies a chance to talk freely, according to Scott Atlas, a prominent Houston attorney and the finance chair for Democrat Bill White’s 2010 challenge to then-Governor Rick Perry.

“The consensus was that Julián brings a lot to the table. He’s part of a new generation and most of the candidates who are talked about are not,” said Atlas, who declined to name the other participants at the meeting but said it was mostly people from Texas with longstanding ties to the Castro brothers.

The former mayor of San Antonio and secretary for Housing and Urban Development in the final years of the Obama administration has been strongly hinting at a presidential run over the past year. He has made several trips to early primary states, written a memoir, and created and formed the Opportunity First PAC to help build the Democratic bench. During his book tour this fall, Castro told Rolling Stone that he is “likely” to run.

Potentially the only Latino candidate in a sprawling Democratic presidential field, Castro recently assembled a group of Latino leaders in Washington to talk a 2020 campaign, according to a person with knowledge of the meeting. Castro and his brother both have long been considered rising stars on the left, with Julián rising to national prominence when he gave the keynote address at the 2012 Democratic National Convention. Hillary Clinton’s campaign then vetted him for vice president in 2016.

Castro has been mentioned as a potential Presidential candidate in the past, as his his twin brother Joaquin, who has represented Texas’s 20th Congressional District since first being elected in 2012. He was also among the people that were vetted by Hillary Clinton’s campaign as a potential running mate and, while he ultimately not selected, it was clear at the time that he was and is well-regarded by both mainstream Democrats and by more “progressive” members of the party, although the second group has often expressed doubts about him based on his close ties to the Clinton wing of the party.

In any case, the potential appeal of a candidate like Castro would seem to be obvious. In addition to his youth, his background would be well in line with ongoing Democratic efforts to excite Latino and young voters to come to the polls, an effort that proved to be at least somewhat successful given the fact that voter turnout among both groups, while it still lagged behind other demographic groups, was higher than it has been in the past, especially in areas where Democrats were hoping that they would be in order to put them over the top in the battle for control of the House. Even if he doesn’t succeed as a candidate for President in two years, Castro would obviously be near the top of any candidates list for running mates. This would like be especially true if the Democratic nominee ends up being an older candidate such as former Vice-President Biden, Senator Elizabeth Warren, or others.

The other interesting fact here is that just Julián Castro is an attractive candidate for the Democratic nomination, the same could also be said for his brother. As I noted above. Joaquin Castro has been a member of the House of Representatives since 2012 and, prior to that, had served in the Texas House of Representatives for a decade. While it’s not fair to say that the two brothers are interchangeable, the fact is that one could make a case for either one of them to run for President, or to serve as a Vice-President or high-ranking Cabinet member. And, of course, this would be, to my knowledge, the first time that someone who has an identical twin had ever run for President, something which makes for some fun hypotheticals in and of itself.