Apparently, some people haven’t gotten over Lebron James taking his talents to South Beach. Ohio Governor John Kasich has decreed the “Dallas Mavericks organization, friends, family, and fans as honorary Ohioans” for their victory over James and the Miami Heat in the NBA finals, noting that they “displayed the loyalty, integrity, and teamwork essential to victory before the entire country, affirming that these admirable traits are as crucial as talent and athleticism.” He also singled out Finals MVP Dirk Nowitzki for choosing “to re-sign with the Dallas Mavericks in the summer of 2010, forgoing free agency and keeping his talents in Dallas, thus remaining loyal to the team, city, and fans for whom he played his entire career.” 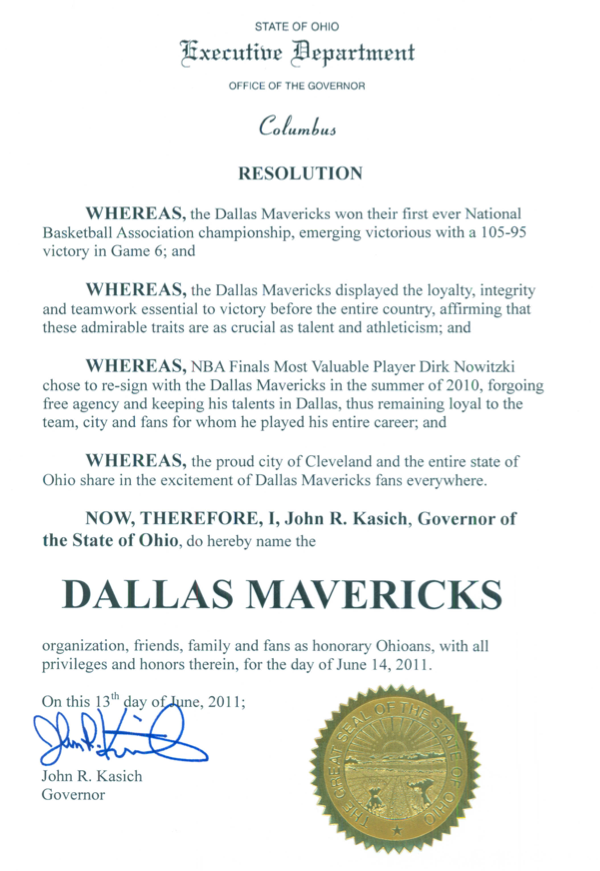