I apologize for the recent barrage of movie gossip. But, after completing my first year of graduate school a week or so ago, I have, as you can imagine, great difficulty mustering the energy to discuss the equity issues that surround the practice of discounting regulatory benefits, a topic perhaps more conducive to OTB (though, to my credit, I did analyze a study on the living wage last Friday afternoon, so my wonk credentials remain intact).

At any rate, with the summer months unfolding, it’s more enjoyable to rant about blockbusters, right? And what can top a discussion of Wonder Woman? Sure, it’s yet another shameless Hollywood retread, but hey, we are talking about a beautiful female specimen who pilots an invisible jet, so an exemption clearly applies.

Here’s the latest development from the Australian Associated Press:

Cruise and Holmes May Head Down Under

Katie Holmes and her new beau Tom Cruise could be heading to Australia for a working holiday.

Holmes, with her long brunette locks, is one of Hollywood’s top candidates to play Wonder Woman in producer Joel Silver’s film about the sexy superhero.

Silver has earmarked Australia as the likely shoot location for the big-budget project and Holmes says if the script is good, she might be interested in donning the red, white and blue costume and bullet-reflecting bracelets.

“I’d have to read it,” Holmes told AAP in Los Angeles while promoting her new film, another big-budget comic adaptation, Batman Begins.

As a child growing up in Toledo, Ohio, Holmes said she idolised Wonder Woman, the superhero brought to life by actress Lynda Carter in the 1970s television series.

“I was part of the majority of little girls that loved Wonder Woman,” Holmes said.

Sorry, but if true, this selection simply won’t do. While Holmes is a decent actress — her performance in Pieces of April was downright impressive — she lacks the natural athleticism and stunning presence that Wonder Woman embodies. Just compare the following photo to those of Linda Carter in the Jawa Report. 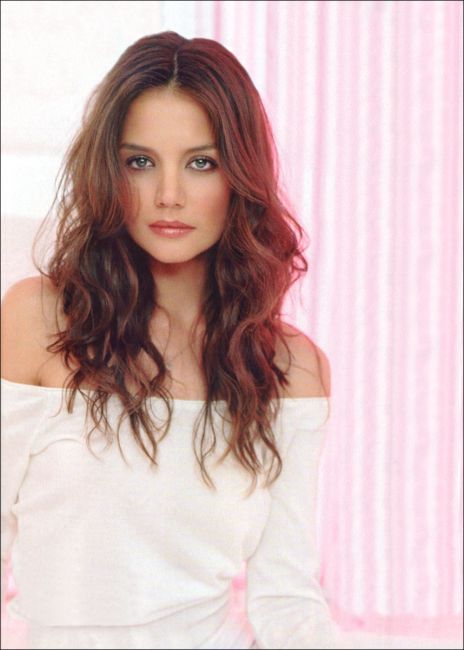 The casting search must continue.