Claudia Rosett has an excellent piece in the WSJ about our choice of words:

Foreign policy debates have hardly been muted in recent months, but with the United Nations now back in session, there’s a lot more verbiage on the way. One of the treacherous aspects of this war we are now fighting is the strange, officious vocabulary, often hollow and sometimes wrong, with which we have been wrangling over matters of life and death. Surrounded by the efficiencies of the digital age, we nonetheless drag into the political arena big stacks of moldy baggage from which we then unpack the verbal equivalents of a great white elephant show–titles, phrases and metaphors so warped or cumbersome they cannot at the same time haul their own weight and carry any real meaning.

President or Prime Minister. These titles, customary and seemingly harmless, we unthinkingly accept from anyone who occupies the top slot of government in a sovereign nation. It’s also standard newspaper style. But while in free nations such titles connote democratic leadership, in unfree nations they denote nothing of the kind. It would be a useful check on our more deferential instincts were we to use titles tied less to custom than to accuracy. For example: Taiwan has a president, England has a prime minister. Egypt has a dictator, Libya has a tyrant. Greeting some of the world’s worst thugs as Mr. Dictator, or Honorable Despot, might sound peculiar, but it might also help keep the realities in view. 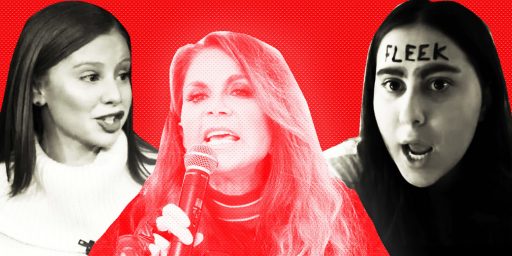