Libya and the Credit Due

Steve Benen has coined the phrase "Thank America Last" to describe those avoiding praise of President Obama for success in Libya. 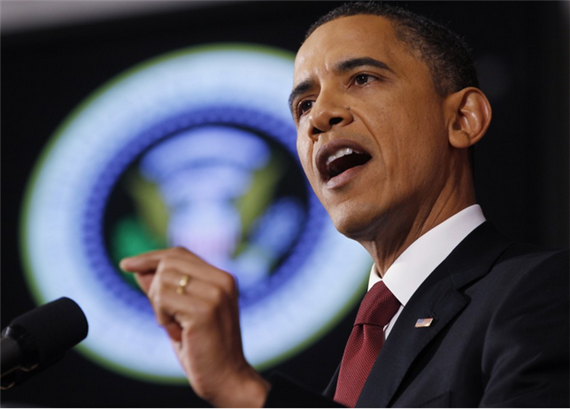 Steve Benen has coined the tongue-in-cheek phrase “Thank America Last” to describe John McCain, Lindsey Graham, and presumably other supporters of intervention in Libya who are conspicuously avoiding praise of President Obama. He is annoyed that, after lauding the sacrifices of the Libyan people and our NATO allies, they conclude, “Americans can be proud of the role our country has played in helping to defeat Qaddafi, but we regret that this success was so long in coming due to the failure of the United States to employ the full weight of our airpower.”

McCain and Graham “commend” everyone except the United States military, and then, even while applauding the developments, take yet another shot at the Obama administration.

These two just can’t bring themselves put aside petty partisan sniping, even when they’re thrilled by the fall of a dictator.

There’s obviously a legitimate question as to whether the international offensive in Libya was a wise decision. But as the Gaddafi regime crumbles, do the conflict’s two biggest congressional cheerleaders really feel the need to complain, “Yeah, but we’re not happy with the speed with which Obama got the job done”?

He later notes that McCain and Graham were doing photo ops with Gaddafi a mere two years ago. While a fair criticism, there is such a thing as changed circumstance. While Gaddafi was always a sleazeball, he did in fact get himself into America’s good graces for a short period before his recent atrocities put him back on the enemies list.

As to the main criticism, both men were vociferous in demanding American action long before it occurred. While I think they were wrong, both on the matter of the wisdom of intervention and on the question of whether it was politically feasible to do so much earlier than we did, it’s hardly unreasonable that the eventual ouster of Gaddafi doesn’t erase frustration that it took as long as it did.

From a purely humanitarian point of view, the delay allowed Gaddafi to kill hundreds of his people and Obama’s decision to “lead from behind” and supply only airpower arguably cost innumerable lives. If one truly believes there is a “responsibility to protect” civilians in such circumstances, then this is a legitimate point of criticism.

Similarly, Michael Reynolds and other commenters have argued that, victory seemingly at hand, I’m too stingy with praise for the leadership of the president.

My criticisms have come from the other direction, since I opposed the intervention and continue to believe it set a bad precedent. As such, my points have been along several lines, most of which I believe have borne out.

First, I predicted that the arguments proffered for intervening would spawn calls for intervening in similar, if not more dire, circumstances. Anyone following the debate over the horrendous conduct of the Syrian regime knows that has happened.

Second, I predicted that the thin “population protection” mandate would soon be subject to mission creep, with regime change and obvious  war aim and follow-on rebuilding and reconstruction likely ones. That’s happened.

Third–and here I was at least partially wrong–I argued that, having undertaken the mission, we had an obligation to do more than hope for the best. Specifically, given weeks of indications that the rebel forces were not up to the fight even with the awesome backing of NATO air power and support, I argued that we needed a Plan B. Juan Cole argues, persuasively in hindsight, that the rebels were actually making much more steady progress than it appeared from a Western vantagepoint, which was overly focused on Benghazi and environs. Reynolds cautioned at the time and my colleague Barry Pavel argues in hindsight that “strategic patience, and persistence, pays off.”

Fourth, I warned that toppling Gaddafi would not end the struggle and that we needed to have a plan for what military planners call Phase IV: the handover and post-conflict management. This continues to be my chief concern.

Fifth, in terms of domestic politics, I argued that Obama’s pretense that the United States was not involved in hostile activities and that the War Powers Act was therefore not operative was a dangerous precedent. While I’m not sure we’ll ever go back to the days, as Leslie Gelb and Anne-Marie Slaughter recommended years ago, where Congress will actively declare wars and thereby take full responsibility for them, I nonetheless believe that perpetual war on the say-so of the president alone is undemocratic.

All that said, that Gaddafi is apparently no longer in power in Libya is a great thing, indeed. And, like the killing of Osama bin Laden, it happened on Obama’s watch and under his order.  He’ll rightly take and get credit for both these successes and the fact that he achieved both with no loss of American life. (After all, Ronald Reagan and George W. Bush both lost good men in failed attempts to achieve the same goals.) But that doesn’t mean he’ll be free of criticism for his choices along the way.