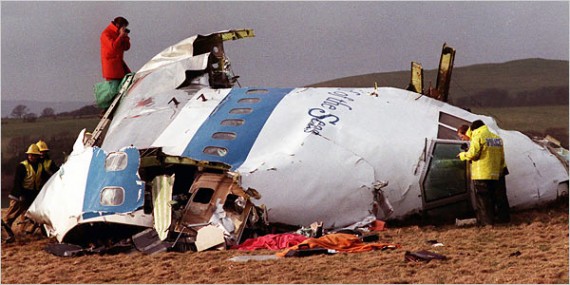 As Muammar Gaddafi's power crumbles around him, secrets are starting to come out:

"I have evidence that Gaddafi ordered the Lockerbie bombing," Al-Jleil was cited as saying by Expressen. "To hide this, he did everything in his power to get Megrahi back from Scotland."

Is anyone really surprised by this? I'm certainly not. I expect we'll learn much more about Gaddafi's role in international terror in the 80's and 90's in  the very near future.