London Olympics Will Not Mark Anniversary Of Munich Massacre 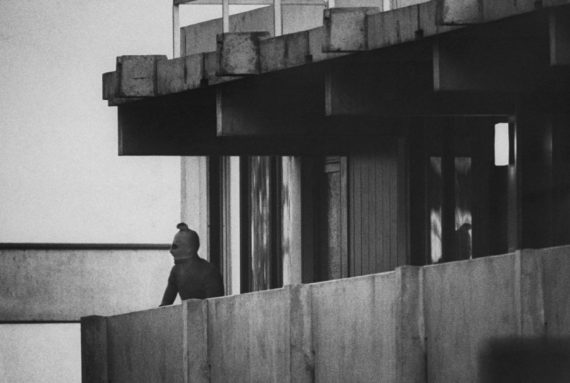 This year’s Summer Olympics mark the 40th anniversary of the massacre of the Israeli Olympic team by Palestinian terrorists during the 1972 Munich Olympics and, despite another round of requests, the IOC has announced that they will not mark the anniversary during the Opening Ceremonies later this week:

The head of the International Olympics Committee again rejected calls for a moment of silence during the Games’ opening ceremony to honor Israeli Olympians killed in a terror attack at the 1972 Games.

“We feel that the Opening Ceremony is an atmosphere that is not fit to remember such a tragic incident,” Jacques Rogge, the president of the International Olympic Committee, said Saturday.

Ronald Lauder, the president of the World Jewish Congress, condemned that stance Sunday as “unfeeling” and “completely out of touch.”

More than 100,000 people have signed an online petition calling for a moment of silence in memory of the 11 Israeli athletes and coaches killed by Palestinian militants at the games in Munich, Germany, 40 years ago. A German policeman and five of the attackers also died.

Israel’s Deputy Foreign Minister Danny Ayalon has also been a vocal proponent, campaigning on Facebook and Twitter for “Just One Minute” of silence.

The refusal of the IOC to back the plan “told us as Israelis that this tragedy is yours alone and not a tragedy within the family of nations,” Ayalon said in May.

Ankie Spitzer, whose husband Andrei was among those killed, was the first to sign the petition.

“They came to Munich in 1972 to play as athletes in the Olympics; they came in peace and went home in coffins,” she writes in the online plea.

So far at least, there is no official Olympic event scheduled during the games to mark the anniversary. This strikes me as more than just a little callous. One can understand the desire of Olympic officials to not wallow in misery over a 40 year-old event, but to fail to even mention an event that remains iconic in Olympic history comes across as pretty insensitive.

Incidentally, I was watching a recent interview with Mark Spitz, who had won the final of his seven Gold Medals the day before the hostage crisis began and he related the fact that the next day he was secretly spirited out of the country and flown to the United States under Secret Service protection. Being the most prominent athlete at the games that year, as well as an American Jew, there was apparently a concern that he could be in danger as well. That’s a story I hadn’t heard before.

Update: Bob Costas, who will once again be hosting NBC’s coverage of the Opening Ceremonies on Friday, has said that he will observe a moment of silence at some point during the ceremony. I suppose the most appropriate time would be when the Israeli team enters the stadium.