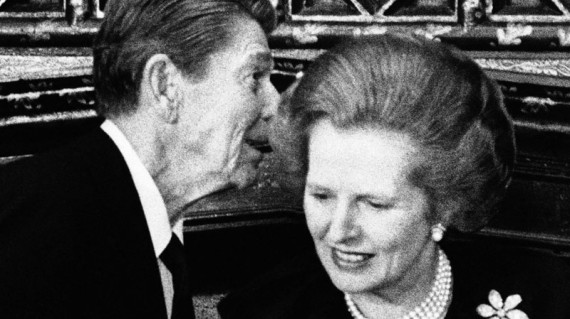 It doesn’t look like Sarah Palin is going to get that sought-after audience with Margaret Thatcher when she visits England:

Sarah Palin wants to show to the Republican right that she is the true keeper of the Ronald Reagan flame by meeting the late president’s closest ally on the world stage.

A meeting with Margaret Thatcher in the centenary year of Reagan’s birth would be the perfect way of launching her bid for the Republican nomination for the 2012 US presidential election.

This is what Palin told Christina Lamb in the Sunday Times:

I am going to Sudan in July and hope to stop in England on the way. I am just hoping Mrs Thatcher is well enough to see me as I so admire her.

It appears that the former prime minister has no intention of meeting the darling of the Tea Party movement. Andy McSmith reported in the Independent this morning that Palin is likely to be “thwarted” on the grounds that Thatcher, 86, rarely makes public appearances.

It would appear that the reasons go deeper than Thatcher’s frail health. Her allies believe that Palin is a frivolous figure who is unworthy of an audience with the Iron Lady. This is what one ally tells me:

Lady Thatcher will not be seeing Sarah Palin. That would be belittling for Margaret. Sarah Palin is nuts.

Thatcher will show the level she punches at when she attends the unveiling of a statue of Ronald Reagan outside the US embassy in Grosvenor Square on Independence day on 4 July.

I knew there was a reason I always liked the Iron Lady. More seriously, Thatcher is largely retired and  still ailing from the strokes she suffered several years ago, it’s perfectly understandable why she wouldn’t want to have her image, and her reptuation, injected into American politics and subjected to the inevitable Palin media circus.