The editorial board of the Manchester Union Leader believe that Romney has faded in New Hampshire, despite favorite son status and all the advantages, for a simple reason: “He has not been able to convince the people of this state that he’s the conservative he says he is.” And they’re circling back to an old reliable.

And after a year of comparing Romney to McCain, of sizing up the two in person and in the media, Granite Staters are turning back to McCain. The former Navy pilot, once written off by the national media establishment, is now in a statistical dead heat with Romney here.

How could that be? Romney has all the advantages: money, organization, geographic proximity, statesman-like hair, etc.

But he lacks something John McCain has in spades: conviction.

Granite Staters want a candidate who will look them in the eye and tell them the truth. John McCain has done that day in and day out, never wavering, never faltering, never pandering.

Mitt Romney has not. He has spoken his lines well, but the people can sense that the words are memorized, not heartfelt.

In this primary, the more Mitt Romney speaks, the less believable he becomes. That is why Granite Staters who have listened attentively are now returning to John McCain. They might not agree with McCain on everything, as we don’t, but like us, they judge him to be a man of integrity and conviction, a man who won’t sell them out, who won’t break his promises, and who won’t lie to get elected.

Romney would have been far better off, as is the case with most candidates, simply being true to himself. He’s a proven leader with a substantial record of executive success. Had he simply run as a moderate who could attract non-partisans in a general election, he might well be doing much better.

It’s going too far to say that McCain hasn’t pandered; no politician with a real chance of winning can make that claim. He has, though, been more willing than most to continue to tout unpopular convictions in the face of strong polling data. Also, having suffered the humiliation of going from a frontrunner with money to burn to an insurgent riding cheap tour buses and flying commercial, he’s gained the freedom to simply do it his way. 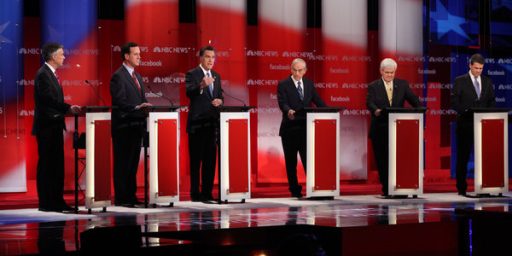