Mitch McConnell has a plan that could pose problems for Democrats fighting for re-election. 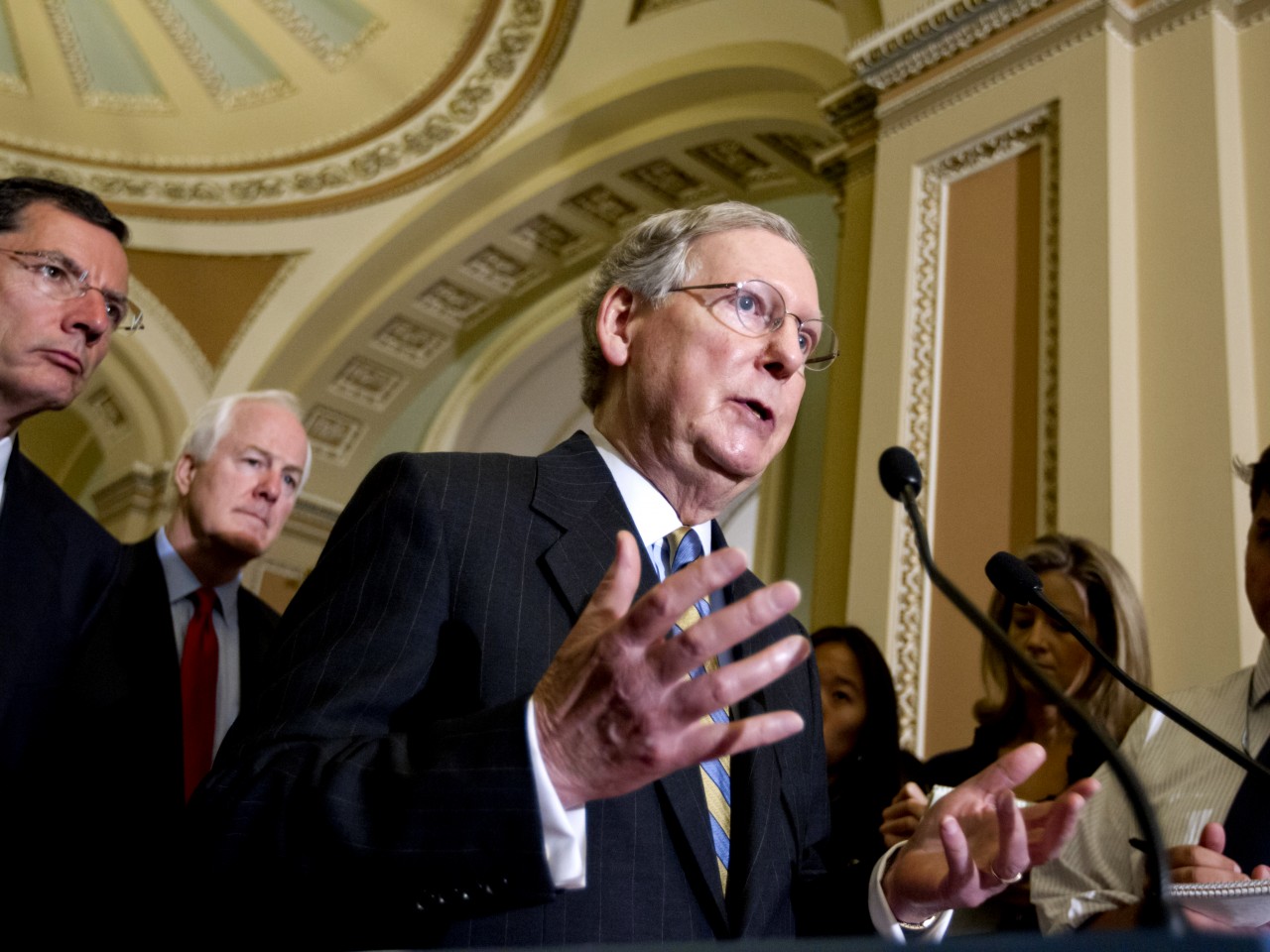 In a move that is likely to frustrate Democrats hoping to use the time after the end of September until Election Day to concentrate on re-election campaigns, Senate Majority Leader Mitch McConnell is planning to keep the Senate in session:

Traditionally, the Senate hits the road in October of an election year. But the Senate is throwing tradition out the window this year.

Majority Leader Mitch McConnell is planning to keep the chamber in session for a significant portion of October if not four entire weeks, costing Democrats key campaign trail days and allowing the Senate to continue its work into the fall, according to five Republican officials. The Kentucky Republican wants to keep cranking through as many lifetime judicial nominations and executive nominations as he can with his majority in the balance and the GOP still with the unilateral ability to confirm President Donald Trump’s picks.

Moreover, the Senate GOP has only two members who are considered vulnerable in the election: Ted Cruz of Texas and Dean Heller of Nevada. Democrats, meanwhile, are defending 10 seats total in states that Trump won in 2016, with at least four considered extremely competitive.

The House is expected to head home for the rest of the election season after passing a spending bill later this month. But with the Senate’s unique role confirming the president’snominees and little political downside to staying in session, McConnell plans to forge ahead into October after slashing the August recess down to little more than two weeks.

“I plan to be here, yeah. Why wouldn’t we be?” said Sen. Richard Burr (R-N.C.). “You see anything that’s traditional these days? … they don’t need more than a couple of weeks to campaign.”

The proposed work schedule also could give the GOP leverage over Senate Democrats and Minority Leader Chuck Schumer; if they are eager enough to return to the campaign trail,they may strike a deal with the GOP leader to swiftly confirm some nominees. But McConnell has to worry about attendance among his own ranks after a poor showing in August.

Still, another month in session will allow the GOP leader to continue reshaping the courts in a conservative image: The Senate GOP has already confirmed 26 circuit court nominees and 41 district court nominees to lifetime appointments, plus Supreme Court Justice Neil Gorsuch, in about 20 months time.

“We’re going to clear the deck of all the circuit judges,” McConnell told conservative radio host Hugh Hewitt last week. “If we can hold onto the Senate for two more years, we’re going to transform the federal judiciary with young men and women who believe in the fundamental notion that the job of a judge is to interpret the law as it’s written.”

It’s by far the most confirmations on the powerful circuit courts in modern history. And a reminder of the stakes of the upcoming election: If Democrats can pull off an upset win and take back the Senate, they can move to slow Trump’s nominations and set the table for the next president from their party, just as McConnell did to President Barack Obama in 2015 and 2016.

As Majority Leader, McConnell has near-exclusive control over the Senate calendar, so there’s really not much that Senate Democrats can do to prevent him from keeping the Senate in Washington for much of October. Indeed, all they really can do is slow the process down by withholding unanimous consent and thus slowing the process down significantly. That, however, would clearly seem to work against the Democrats more than it would Republicans since it would mean the Senate would be in session longer than already planned, thus keeping vulnerable red-state Democrats such as Joe Manchin, Joe Donnelly, Heidi Heitkamp, Jon Tester, Clare McCaskill, and Bill Nelson in town longer. Of course, given the fact that the Democrats already know that they are going to lose the vast majority of these judicial confirmation votes as long as the Republican caucus stays united, they could decide to limit the damage by agreeing to speed the confirmation process up, but that might not sit so well with the Democratic base for whom the confirmation of more Republican Judges is a huge issue. Alternatively, Senate Minority Leader Chuck Schumer could decide to allow some of these Senators to miss some of the confirmation votes as needed in order to allow them to campaign back in their home states.

Of course, as the article above also notes, Republicans also need to keep an eye on their own Senators. Senators Heller and Cruz are both potentially vulnerable this year, although it seems clear that Heller’s vulnerability is more acute than Cruz’s, and McConnell can only afford to lose one of them for a given vote unless he has some Democratic defectors he can count on. Given this, the strategy of keeping the Senate running through October to get Judges confirmed is not without its own risks. At the very least, though, this does appear to be a recognition on McConnell’s part that the Senate is at risk in 2018 and that the time in which to get Judges confirmed may be closing. Between this October session and a likely Lame Duck Session, I would expect a lot of action on the confirmation front from Republicans.