Phil Carter (link bloggered) writes about a Pentagon plan to rotate 4th ID troops home for charged leave at the one-year point of their Iraq duty. The problem is they will be flown to Baltimore and have to pay their own way to and from their final destination. On the one hand, this sounds awfully cheap, given the amount of money we’re spending on the war effort. And, why Baltimore rather than say, Chicago or somewhere else more central? Still, it has never been military policy to pay for travel on leave. After my tour in Desert Storm–which, admittedly, was only five months–I was allowed to take leave (charged against my annual allotment) and had to pay full fare from Germany to Atlanta a back. And it never occured to me that it should be otherwise. 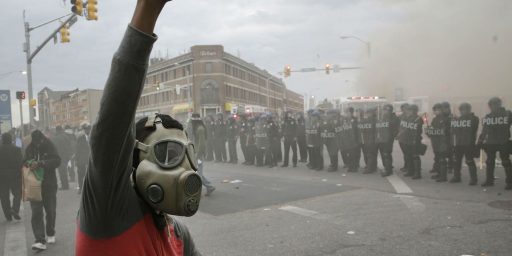