Larry Johnson has apparently used his CIA connections to unearth a video of Michelle Obama saying something objectionable about “Whitey.”

New and dramatic developments. This is a heads up. I’ll post the news Monday morning by 0900 hours. Now I know why people who have seen the videotape say it is stunning. Barack’s headaches are only starting.

Johnson is one of the most objective reporters on the Internets, having no obvious dog in this fight,** so I’m sure it’ll rock like a pony.* Especially since Johnson has been touting this video for weeks.

*Full disclosure: I have no idea what “rock like a pony” means but I saw it on a TotalFark thread earlier this morning and like it, so plan to use it frequently from now on. 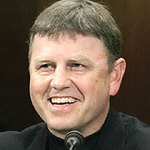