Mitt Romney: I Wish Sandy Hadn’t Happened When It Did

Mitt Romney has mostly been out of the public eye since losing the election, but he’s been giving interviews this week, and it’s clear that he still retains the ability to say exactly the wrong thing:

Mitt Romney said he wishes Hurricane Sandy hadn’t wreaked havoc on the East Coast a week before the election, telling CNN in an interview that aired Thursday the storm gave President Barack Obama “a chance to be presidential.”

“Obviously a hurricane with a week to go before the election stalled our campaign,” Romney told CNN’s Gloria Borger.

“I wish the hurricane hadn’t happened when it did because it gave the President a chance to be presidential and to be out showing sympathy for folks. That’s one of the advantages of incumbency,” Romney said. “But you know, you don’t look back and worry about each little thing and how could that have been different. You look forward.”

About 138 people died as a result of Sandy, towns along the Jersey shore, in New York City, and on Long Island were devastated, and millions of people were without power during a cold weather snap for a week or more. And this guy wishes the storm had hit at a different time. 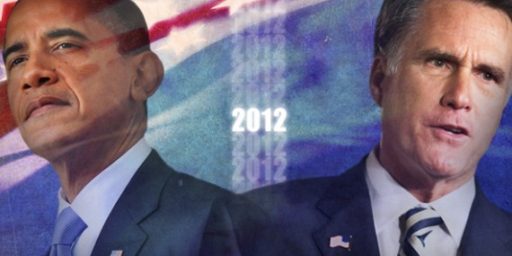