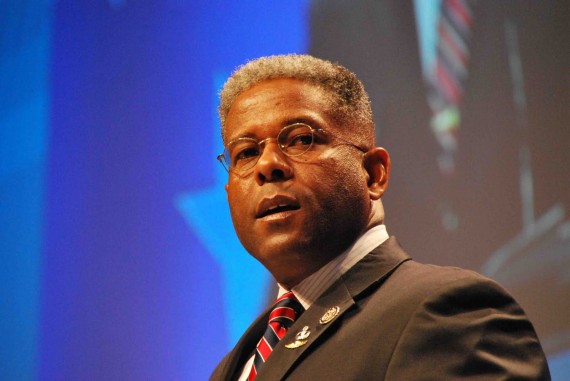 Allen West says he apologized for the comments that James Joyner wrote about earlier today, but Debbie Wasserman-Schultz’s office says no such apology has been received:

Did he or didn’t he?

Shortly after Roll Call reported Wednesday afternoon that Rep. Allen West (R-Fla.) said that he had apologized to Rep. Debbie Wasserman Schultz (D-Fla.) for calling her “vile, unprofessional and despicable” in an email, the phones started ringing off the hook.

Wasserman Schultz aides said there had been no apology, and West’s office adamantly denied the report and demanded a retraction.

So, what exactly happened?

West said, “I just apologized,” when asked by a Huffington Post reporter about the situation in the Speaker’s Lobby before votes Wednesday afternoon, according to a tape of the conversation.

The Huffington Post reporter repeated the question later, asking about it in the context of a group of female lawmakers preparing to hold a news conference to condemn him. The Members planned to call on the leadership of both parties to rebuke West. In response to the question, West reiterated that he had apologized before walking into the House chamber.

“In fact, we’re waiting on an apology from her,” Sachitano said.

Wasserman Schultz said on CNN on Wednesday evening that it is “not true” that West apologized and said his message Tuesday was “a tirade” in response to a floor speech on a policy issue that came “out of the clear blue sky.”

“I haven’t received an e-mail or a voice mail,” she added. “I would appreciate his apology.”

So, apparently West didn’t apologize and he lied to the HuffPo reporter, or he did and Wasserman-Schultz is lying. Either way, this episode is already embarrassing  and yet further evidence that West should have used his brain before hitting “Send” on that e-mail. 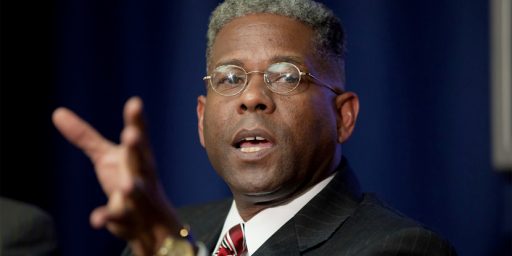