The offer was made to Roger Stone. 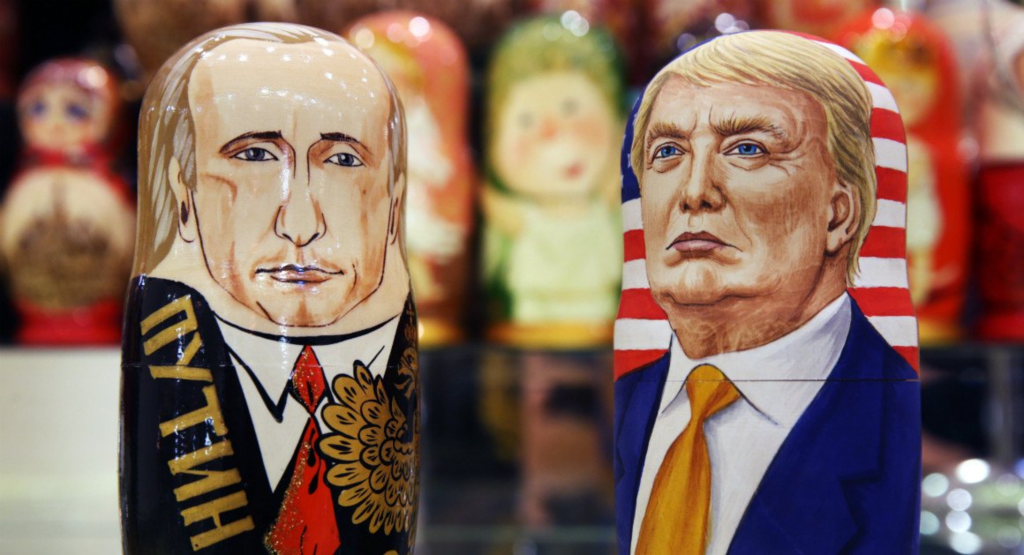 The man, who called himself Henry Greenberg, offered damaging information about Hillary Clinton, Trump’s presumptive Democratic opponent in the upcoming presidential election, according to Stone who spoke about the previously unreported incident in interviews with The Washington Post. Greenberg, who did not reveal the information he claimed to possess, wanted Trump to pay $2 million for the political dirt, Stone said.

“You don’t understand Donald Trump,” Stone recalled saying before rejecting the offer at a restaurant in the Russian-expat magnet of Sunny Isles, Fla. “He doesn’t pay for anything.”

This noteworthy not because it proves collusion, but because it is more evidence of a clear campaign by agents of the Russian government to influence the 2016 campaign, and to specifically interact with the Trump campaign organization to that end.

Stone and Caputo’s interactions with Greenberg mean that at least 11 Trump associates or campaign officials have acknowledged interactions with a Russian during the election season or presidential transition. Those interactions have become public in the year and a half since a Trump spokeswoman said that no one associated with the campaign had communications with Russians or other foreign entities.

Emphasis mine.  This include Don Jr.’s infamous meeting in Trump Tower.

The thing is, that the Trump campaign, as well as Trump himself, have long denied any contact with Russians and have acted as if any suggestion that the Russians had tried to influence them in nonsense.  And while, again, contact per se is not a conspiracy, all of this raises the very legitimate question of why the Trump campaign did not inform US law enforcement officials of the various attempts by Russians to offer dirt on HRC.

Beyond that, as President (indeed, even as a candidate for the office), Trump should care about the integrity of the campaign process, as well as being concerned about what appears to have been a foreign government trying to insert itself into our domestic politics.  Instead, all that he has done is obfuscate, if not outright lie, about it all and his sole concern has been about himself.

Of course, this story is sufficiently convoluted to allow Trump defenders just enough doubt to try and turn this around into a conspiracy against Trump:

Stone and Caputo, who did not previously disclose the meeting to congressional investigators, now say they believe they were the targets of a setup by U.S. law enforcement officials hostile to Trump.

They cite records — independently examined by The Post — showing that the man who approached Stone is actually a Russian national who has claimed to work as an FBI informant.

Interviews and additional documents show that Greenberg has at times used the name Henry Oknyansky. Under that name, he claimed in a 2015 court filing related to his immigration status that he had provided information to the FBI for 17 years. He attached records showing that the government had granted him special permission to enter the United States because his presence represented a “significant public benefit.”

There is no evidence that Greenberg was working with the FBI in his interactions with Stone, and in his court filing, Greenberg said that he had stopped his FBI cooperation sometime after 2013.

“If you believe that [Greenberg] took time off from his long career as an FBI informant to reach out to us in his spare time, I have a bridge in Brooklyn that I want to sell you,” Caputo said in an interview.

In a separate interview, Stone said: “I didn’t realize it was an FBI sting operation at the time, but it sure looks like one now.”

So, no doubt, this is going to be spun as more “spying” by the FBI, despite there being, at the moment at least, no actual evidence that Greenberg was still working with the FBI.

But, beyond that, the defense falls part because, but his own admission, Stone thought at the time that Greenberg was a Russian offering dirt up on Hillary.  As such, he should have reported the contact.  Or, at least, the campaign should have been willing to admit attempted contact, which it could say it rebuffed.  Further, Trump, as POTUS, should want all this investigated properly, if anything to demonstrate his campaign’s innocence. Instead, we get denials and lies.

Last year, in a videotaped interview with The Post, Stone denied having any contacts with Russians during the campaign.

“I’ve never been to Russia. I didn’t talk to anybody who was identifiably Russian during the two-year run-up to this campaign,” he said. “I very definitely can’t think of anybody who might have been a Russian without my knowledge. It’s a canard.”

Caputo said that he was asked during a session with the committee in July whether he’d ever been offered information about the Clinton campaign by a Russian, and he either answered “no” or that he could not recall.

For a group of thoroughly innocent people who absolutely, positively Did Not Talk to Russians, there are a crazy number of highly suspicious conversations that took place.

One thing is for sure:  folks associated with the Trump campaign had no interest in letting American law enforcement know of these encounters and they clearly did not want the public to know about them.