The line "don't know much about history" comes to mind. 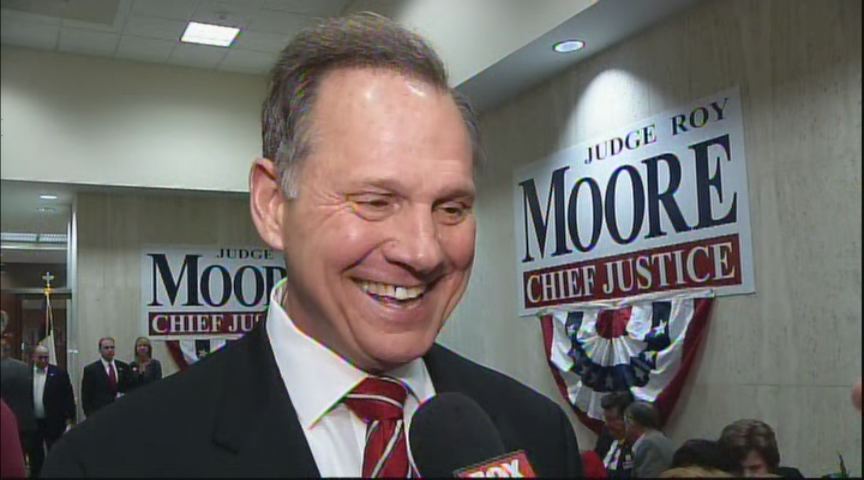 As Doug Mataconis noted already, the Chief Justice of the Alabama Supreme Court has a novel interpretation of religious freedom in the US.  I wanted to further comment on the specific words in question, as they play into a general theme of my thoughts of late as they relate to claims linked to history and the the founding of the US in general.  Far too often there are claims made about the past in a way that allegedly prove some contemporary notion regarding the interpretation the Constitution or of contemporary politics that are simply nonsensical and should, upon examination, lead us to question those making said claims.  In general I find it both fascinating (and maddening) that persons living now will make claims about the constitution that run directly contrary to things that happened in the founding era.*  Worse, the claims in question typically try to use the Founders or the Framers** are proof of the claim—the resultant pretzel logic is enough to give one a migraine.

Really, this type of discussion is part of a broader consideration of the fact that we, as Americans, tend to get very wrapped up in the founding (both the myth and the reality, although mostly the myth) but we also often we don’t understand it all the way we think we do.  We like to treat The Founding writ large as some sort of religious text that requires only the recitation of the appropriate “proof text” to settle an argument.  That is a rather simplistic approach to the complexity that is reality.  More to the point:  if one is going to use citation of past as some sort of special argument about the present, then one needs to understand the past about which one is arguing.

At any rate, on to Moore:

“They didn’t bring the Koran over on the pilgrim ship,” he continued. “Let’s get real, let’s go back and learn our history. Let’s stop playing games.”

1.  Buddhism does not claim that Buddha created the universe.

2.  Islam does not claim that Mohammed created the universe.***

(Side note:  I would be willing to wager that Moore’s thought process on these first two items is far more  linked to a song back in the late 1970s by the Christian group The Imperials (lyrics here) which was popular in evangelical circles in the 1980s as it is to any actual thoughts on comparative religion).

3.  The totality of American politics and views of religion cannot be reduced to whatever was brought over on “the pilgrim ship” (I assume he means the Mayflower—which comes across as maybe a first grade level, at best, understanding of American history).

5.  George Washington (“Letter to the Hebrew Congregation in Newport“):

It is now no more that toleration is spoken of as if it were the indulgence of one class of people that another enjoyed the exercise of their inherent natural rights, for, happily, the Government of the United States, which gives to bigotry no sanction, to persecution no assistance, requires only that they who live under its protection should demean themselves as good citizens in giving it on all occasions their effectual support.

May the children of the stock of Abraham who dwell in this land continue to merit and enjoy the good will of the other inhabitants—while every one shall sit in safety under his own vine and fig tree and there shall be none to make him afraid.

Washington was, for those scoring at home, a Founder and a Framer.

As the government of the United States of America is not in any sense founded on the Christian Religion,-as it has in itself no character of enmity against the laws, religion or tranquility of Musselmen,-and as the said States never have entered into any war or act of hostility against any Mehomitan nation, it is declared by the parties that no pretext arising from religious opinions shall ever produce an interruption of the harmony existing between the two countries.

This was  ratified by a Senate full of Framers and Founders and was signed by Founder John Adams.

So, yes, let’s “learn our history” and “stop playing games.”

I will note that yes, in the early goings of the republic most people would have professed Christianity (as is the case now).  This does not mean, however, that religious protections are just for Christians (or, more accurately, Moore’s views of Christians).

As an adjunct to the above, Moore need to read some Locke (A Letter Concerning Toleration):  “the care of souls cannot belong to the civil magistrate, because his power consists only in outward force; but true and saving religion consists in the inward persuasion of the mind…”

Indeed (especially the part I emphasized).

*A recent Facebook debate with a fellow about the federal government’s ability to own property and the resultant discussion of the Louisiana Purchase comes to mind.

**I distinguish between the Founders, which includes the various politicians and relevant actors in and around the founding of the US and the Framers of the Constitution who were present at the Philadelphia convention.  For example, James Madison is both a Framer and a Founder, but Thomas Jefferson and John Adams are both Founders only.

***Update:  BTW, I recognize that Moore is not claiming this exactly.  I am just struck by the poor comparison here:  naming the main prophets/teachers of these religions makes no sense in a claim about creation (but citing these figures is not uncommon for simplistic evangelical arguments that are made to other evangelicals).