The mother of the young woman murdered by a white supremacist doesn’t want to hear from the President of the United States:

"Have you talked to [Pres. Trump] directly yet?" – @RobinRoberts

"I have not and now I will not." – Susan Bro, mother of Heather Heyer pic.twitter.com/TlqplPyi3J

This week has been rough for the entire country, and the President’s incendiary language has only made it worse. I’m sure that must be doubly so for the parents, family, and friends of Heather Heyer and the other people who were injured by one of the people that Donald Trump insisted was a “fine person.” 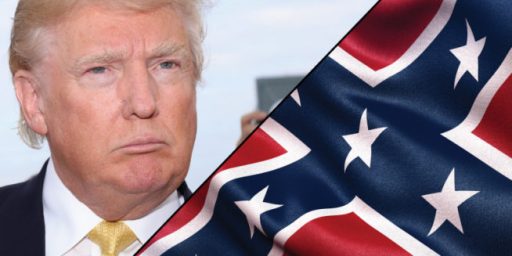 Republicans Have A Choice: Embrace Trump And The Alt-Right, Or Save Themselves