Knowing his downfall was imminent, the former Egyptian dictator moved vast wealth out of rich of Western governments. 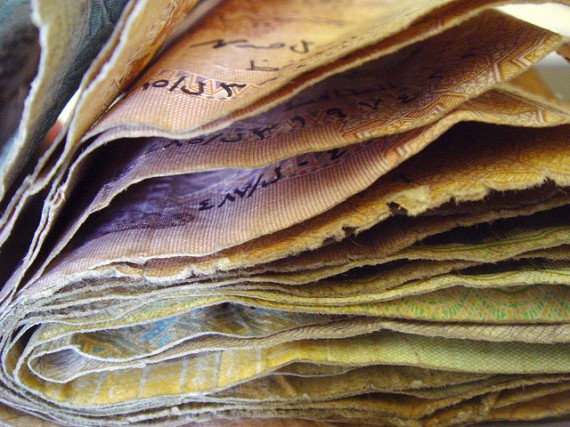 Hosni Mubarak’s retirement came a bit sooner than he’d planned. But he grabbed a golden parachute on his way out the door, The Telegraph reports.

The former Egyptian president is accused of amassing a fortune of more than £3 billion – although some suggest it could be as much as £40 billion – during his 30 years in power. It is claimed his wealth was tied up in foreign banks, investments, bullion and properties in London, New York, Paris and Beverly Hills.

In the knowledge his downfall was imminent, Mr Mubarak is understood to have attempted to place his assets out of reach of potential investigators.

On Friday night Swiss authorities announced they were freezing any assets Mubarak and his family may hold in the country’s banks while pressure was growing for the UK to do the same. Mr Mubarak has strong connections to London and it is thought many millions of pounds are stashed in the UK.

But a senior Western intelligence source claimed that Mubarak had begun moving his fortune in recent weeks. “We’re aware of some urgent conversations within the Mubarak family about how to save these assets,” said the source, “And we think their financial advisers have moved some of the money around. If he had real money in Zurich, it may be gone by now.”

The former president was at his family villa in the resort town of Sharm El-Sheikh. There were unconfirmed reports that he was effectively under house arrest, as the focus of protesters moved from toppling the hated ruler to seizing his fortune, although the army’s ruling council which is in charge of the country pending its transition to democracy said Mr Mubarak was beingn treated with due respect. During the protests last week, former deputy foreign minister Ibrahim Yousri and 20 lawyers petitioned Abdel Meguid Mahmoud, Egypt’s prosecutor general, to put Mr Mubarak and his family on trial for stealing state wealth.

The intelligence source suggested that 82-year-old Mubarak may have learnt the lesson of his fellow dictator Zine El Abidine Ben Ali, the former president of Tunisia, who was forced with his family into a hasty exile in Saudi Arabia while Swiss authorities froze the family’s bank accounts.

A US official told The Sunday Telegraph: “There’s no doubt that there will have been some frantic financial activity behind the scenes. They can lose the homes and some of the bank accounts, but they will have wanted to get the gold bars and other investments to safe quarters.” The Mubaraks are understood to have wanted to shift assets to Gulf states where they have considerable investments already – and, crucially, friendly relations. The United Arab Emirates and Saudi Arabia have frequently been mentioned as likely final destinations for Mr Mubarak and possibly his family.

As Egyptians entered a new era Saturday, they were unanimous in one sentiment: To move forward, the country must recover the substantial assets that Hosni Mubarak, their deposed president, and his cronies allegedly pocketed during nearly three decades in power.

The wealth of Mubarak, his family and his political allies has long been a source of resentment in a nation with high unemployment, immense poverty, rising prices and a collective perception that only those with strong ties to Mubarak and his ruling party could succeed financially. Egyptian opposition leaders are vowing to push for a full investigation into Mubarak’s financial dealings.

While Zaire’s Mobutu Sese Seko, the Philippines’ Ferdinand Marcos and, most recently, Tunisia’s Zine el-Abidine Ben Ali, fled into exile, making it difficult to recover their ill-gotten wealth, Mubarak has, for now at least, vowed to remain on Egyptian soil, allowing a unique opportunity to redress the past, many Egyptians said in interviews.

Few know Mubarak’s worth. Some rumors, spreading on the Internet, say his family fortune is between $40 billion and $70 billion. Middle East analysts and news reports in the Arabic media say Mubarak and his family kept most of their wealth in real estate stretching from Egypt’s Red Sea coast to London, Los Angeles and New York, and in Swiss and offshore bank accounts.

On Friday, the Swiss government froze accounts held by Mubarak, his family and several prominent Egyptians, including some former government ministers.

My guess is that some sort of deal will be worked out, where he’ll be granted immunity from extradition and prosecution in exchange for returning some substantial amount of money. But he’ll likely get away with billions.