I found these comments from the Speaker of the House particularly amusing:

House Speaker Nancy Pelosi (D-Calif.) said she still expects to have her job in five weeks after voters head to the polls.

Pelosi, the top Democrat in the House, whose job as speaker makes her third in line to the presidency, said she would retain that position.

“I fully expect to be speaker of the House five weeks from now,” Pelosi said at a NBC/Universal women’s forum in Manhattan, as reported by the New York Times.

The question is whether you’ll be Speaker of the House when the 112th Congress convenes on January 3, 2011. 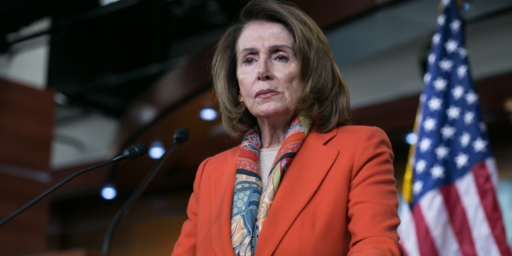