Not surprisingly, having a famous last name really helps when it comes time to negotiate a salary:

Chelsea Clinton earned an annual salary of $600,000 at NBC News before switching to a month-to-month contract earlier this year, sources with knowledge of the agreement told POLITICO.

Clinton, who joined NBC News as a special correspondent in November 2011, was up for renewal or nonrenewal this year. Instead, the sources said, the network decided to keep her on the payroll on a month-to-month basis so the two parties could sever ties if Clinton’s mother, Hillary Clinton, runs for president.

Kamyl Bazbaz, a spokesperson for the 34-year-old Clinton, referred POLITICO to NBC News, which declined to discuss Clinton’s contract. “We don’t comment on details of existing contracts,” a network spokesperson said. “NBC News continues to enjoy a wonderful working relationship with Chelsea, and we are proud of her work.”

As special correspondent, Clinton worked on service-related feature assignments for NBC’s “Rock Center with Brian Williams” until the show’s cancellation in June 2013. Clinton has since worked on packages for NBC Nightly News.

Of course, Clinton isn’t the only child of a politician to get an NBC contract, as the linked article notes. Jenna Bush Hager continues to do pieces for the Today show, and Meghan McCain once worked at MSNBC.

NBC can pay whomever it wants whatever it wants, of course, and I don’t blame Clinton for taking the money. At the same time, though, the incestuousness of a news network that covers her parents, one of whom is likely to be a candidate for President, paying the daughter to be a correspondent in even a non-political role strikes me as yet another sign of just how entangled politics and media have become. 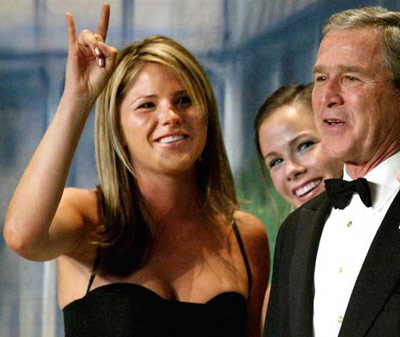 Jenna Bush and the Meritocracy 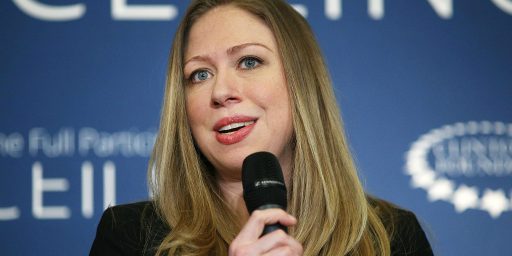